What do I think of it? Not bad…

The plot involved the three of them; The Doctor, Rose and that guy… Adam I think he’s called. They travel to a point in time and space in the future on board a satellite that transmits news to the world… except it seems that Earth is being manipulated by some Alien who is using the Satellite to feed. Basically it’s an energy source for the Alien being who has appointed Simon Pegg as the Editor.

It was cool to see that guy in the role of a villain… although he too was lacking substance. Not to offend any Simon Pegg fans. I am one too but he could have been better. That’s all I’m saying. Perhaps it was his acting… Perhaps it was the role… But there was definitely room for improvement. There was something lacking in my opinion.

Adam decides to become a greedy bastard, using the phone Rose lends him, the money the Doctor provides him with and the features of the satellite to feed himself information in his time in 2012. Basically, he tries doing a bit of a Biff from Back to the Future.

You ask what did Biff do? Well he stole the time machine, went back to his younger self and gave himself a magazine that had the results of all the sport results from the past decade resulting in him becoming a Tycoon through betting. Adam tried sending himself information from the future about future technologies. Which I think is just as bad.

That’s Greed for you… One of the 7 Deadly Sins!

He even got himself an alien cosmetic surgery just so he could gain more access to information. It was a contraption that can open with a click of the fingers to allow a hole to the head. He thought it was revolting yet decided to get one himself. Hypocrite!

The whole place was a fake offering the employees a chance to go to Floor 500 (reminded me of Tower of God) where the walls were made of Gold. Basically an idea of heaven as a reward for good work. Obviously there were people unsure about it like an undercover Suki but the editor can read people’s minds who have had a chip placed inside them and realised she was a fake. In the end she was disposed of.

The Doctor realised what was going on and with the help of one of the other employee’s, who too uncovered the secret, they were able to topple the Editor and his Editor in Chief, a huge alien! He too was defeated by heat and he exploded.

They almost didn’t make it thanks to Adam who’s antics had fed the Editor information about the Doctor and Rose.

In the end Adam was left to rot back in his present time in the future which is the past for us, basically in the year 2012. And the cosmetic alien surgery remains so imagine the look his mom makes when she realises upon clicking her fingers. Although I must say, I saw that coming a mile away.

Simon Pegg was a part of the show. Despite me thinking it could be better, it was one of the plus points.

The concept was really good with the world a slave to the media that is controlled by an alien. Although I do find that the world today is in fact influenced heavily by the media which is controlled by certain people who only allow certain stuff to be shown. Otherwise it wouldn’t be so biased and so partial in what is shown.

There wasn’t much in terms of content. I wasn’t completely satisfied with this episode. I felt that there was something lacking and didn’t really feel a threat to the Doctor or Rose. I know they were held captive for a moment but I was never afraid for them. It felt a bit like it was a filler episode for me. I could be wrong.

The whole everything with Adam. I just found him to be quite stupid for a genius. Easily influenced and greedy… Just learn what you can and keep that knowledge. Why are you trying to use it for “Greed”. The click of the fingers was hilarious as was the doctor destroying his phone. It was like one of those naughty children from Charlie and the Chocolate Factory being found out and left with a bad taste that they will remember for the rest of their lives. In fact, it was exactly the same result. 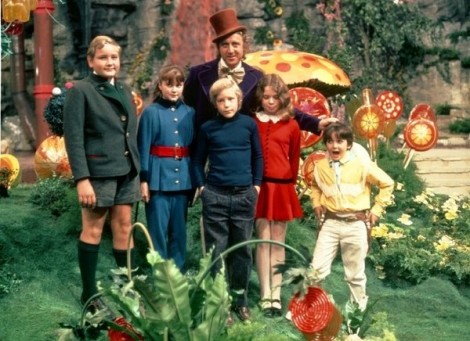 The children from the original Charlie and the Chocolate Factory Movie