This is actually very daunting for me, but I’m going to give this a shot anyhow.

My name is Ayesha (Ash really) and basically I am an artist.

Thanks to the kindness of Shaki and Loki, and the power of social networking, I have been given the opportunity to showcase some of my work on this blog :).

Ever since I watched my first episode of Sailor Moon on Fox kids as a 5 year old, I’ve loved anime. The way the characters looked and the story lines of these kinds of shows intrigued me. They had such a different feel to them than the other ‘western’ cartoons.

It was the animation itself that really stood out to me, the artwork behind it all. And believe it or not, at the age of around 6 I began to dabble in Manga. I started off by drawing manga eyes on everything, but not traditional big ones, smaller ones in the style of the characters from Xiaolin Showdown. My peers were amazed oddly enough.

I spent most of my time drawing different Pokemon with my cousin. ^o^

After the age of 11 however, my interest for art, anime, and anything really had faded.

High School was a “Dark Time”, lets just leave it at that.

I picked up drawing again at the age of 16. But it wasn’t manga. It was just Chris brown – I was (and am still) obsessed with him!

At the age of 19 I accidentally came across anime again. I was pessimistic like a lot of people about anime; I just assumed they were all for kids, and even felt foolish as I sat down to watch Death Note for the first time.

From then on I was sucked into the world of anime once again. This rekindled romance naturally led to my rediscovery of the amazing world of manga. However, it wasn’t until my first experience of a Studio Ghibli film that I felt the urge to draw properly, and not just doodle. The art work in these films are breathtaking, truly inspiring and magical, and it was from my need for escapism paired with the sense of peace and happiness that the films provided me with, that I begun to draw and create for myself. 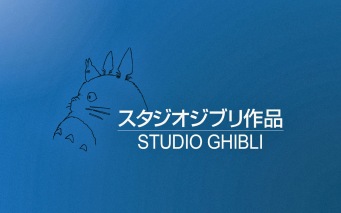 I started off copying iconic scenes from films such as ‘Spirited Away‘ and ‘Howl’s Moving Castle‘, even painting them onto canvas‘. But recently I have felt the need to freestyle and channel the magic of Studio Ghibli films through my own ideas and work. I’ve only begun to draw freestyle within the last six months. This was largely due to the fact that I’m a perfectionist when it comes to my artwork – the thought of an imperfect piece agitated me! So I guess it’s a working progress.

8 thoughts on “Power of the Pencil”