Goodness its been a while since I’ve been online, been held up, hiking through mountains of case studies and evidences, not even in sleep could I escape.  Well I say mountain, it was actually 60 different cases.  Well 58 to be exact.  It’s a cultural thing…

That’s not true… I just made that up right now, sounds somewhat a little, Oscar Wilde ish tho (๑^ں^๑)

Perhaps if I had a better sense of “time management” i would be able to get everything done sooner.   Which is quite ironic actually since I have successfully completed a six-month course on “time management” not to long ago.  I suppose this only reinforces the argument that, theory and practice are two completely different things. Take this terrible example of theory vs. practice for an instance…

If you could actually preform those hand seals in real life with a serious face, you will either appear to be an absolute Richard (common nickname for a Richard is?) or it could potentially be hilarious if used in the company of friends.  Well, I say friends but that’s highly implausible, if your capable of doing hand seals then chances are, the only comfort you get in life is thanks to those hands!  (｀∀´)Ψ (troll face)

Never the less I admire his otaku spirit.

Anyway I woke up at 6:30am today, brushed my teeth and made a coffee… then watched a ROMANCE film!  A FRIKKIN ROMANCE film! Not the usual DARK TWISTED THRILLER or HORROR but a ROMANCE FILM!

This is probably a cry out for help! I must be in a dark place!

But to be honest I enjoyed it; it was quite mellow and smooth. 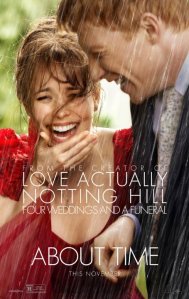 The story follows Tim Lake, who at the age of 21, discovers he can travel in different time streams of his life, based upon his memory.  Which is pretty damn awesome! I mean don’t we all regret certain moments in our own life that we could have written better, in the respect of things we said/didn’t say or did/didn’t do.  He cant alter history in general but what he can do, is alter his own.  So Tim decides to use his ability to find love.

Can you imagine the mischief one can get up to (o^^o) and the infinite number of comics and anime you can watch without wasting a single second?

It was sort of a slice of life type movie, very sincere and the dialogue are pretty good also, shockingly ill give it a 7/10, not bad for a British film starring the gorgeous Rachel Mcadams.

PEACE OUT Nerds got cases to solve!