WARNING: THE FOLLOWING RANT WILL CONTAIN SPOILERS ABOUT THE ANIME SCHOOL DAYS NOT THAT I WOULD BE RECOMMENDING THIS PILE OF GARABAGE TO YOU ANYWAY.

I will be putting up a review for this piece of garbage so look forward to it. 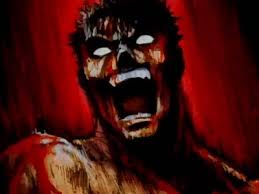 The reaction to watching School Days.

I normally refrain from writing in the first person but I won’t for this rant.

If I were to name a character that if were to be brought to life so that they can be hung, drawn and courted. Makoto Itou would come to mind every single damn time. I have not come across a character that has infuriated me this much.

f you’re wondering why I hate this character so much, well then allow me to explain. Makoto has to be the biggest prick in the anime world. Well basically he started out liking the typical air head, Kotonoha. Sekai seeing that Makoto likes Kotonoha she sets the two of them up while liking Makoto herself.

Now this is where the bull shit starts. Makoto goes out on dates with Kotonoha. He then realises that having a girlfriend is tiring and not what he expected. So he asks Sekai for advice so she teaches him about a girl’s feeling in the form of “practice.” This results in Makoto sleeping with Sekai on the school roof.

Now Makoto starts liking Sekai and he dates her even though he still going out with Kotonoha. Now that Kotonoha is ignored and such she starts going mentally insane Now making a long story Makoto then proceeds to sleep with about six other women. I would find most confusing is not that Kotonoha went mentally insane it’s that she didn’t anything after finding out that Makoto was cheating on her. WHAT THE HELL!

I can understand if you would feel depressed if your partner was doing that to you but instead going mentally insane is just overkill. Now after sleeping with all women these Makoto finally makes a decision. Now at this point Makoto gets on his knees and decides to settle down with Kotonoha.

And she just accepts it, what the hell is wrong with her for accepting him after doing all of that to him. At one point earlier, I don’t want to get into too much detail but I had stopped the anime and had to go out to make myself a nice cup of tea because of how angry I felt.

Ok so Makoto decides to settle down with Kotonoha. How does Sekai react to this as she lied claiming to have Makoto’s child just to be with him.

If you want me to be honest. I started laughing at this point.  Man this was satisfying

After all the rage I had to endure with this show the ending of this show felt so satisfying watching Makoto get stabbed. When you think about it he truly deserved this fate. He showed no respect for the girls he slept with and is less of a protagonist and more a sex craving jack ass.

Even though the Makoto the made me in incredibly infuriated. The other characters didn’t make me as angry as I felt about Makoto but more on the lines how I hate Shinji Ikari. They are made to make the most stupid decisions at the most crucial times.

For example take a look at Setsuna Kiyoura who tries to keep to Makoto faithful to Sekai and she feels that the best way to do this is to sleep with him. I haven’t come across a cast of characters this incredibly stupid.

I’ve rambled on enough lets wrap with rant up. All I can say about the characters of School Days is that they are notoriously stupid. I’ll leave the rest of my thoughts to the review.