This was a very hard decision for me to make because there are countless of groups I love and only picking 10 was impossible but I somehow managed to do it. remember this is only my opinion, I’m sure there are other groups everyone else enjoys but these 10 were my favourite.

I hope you enjoy.

My Bias: Lee Hongki. His voice is so unique and amazing not to mention he’s Jeremy from you’re beautiful

Block B is a South Korean boy group under the label Seven Seasons.  The group includes 7 members: Zico, P.O, Lee Taeil, U-Kwon, B-Bomb, Ahn Jaehyo, and Park Kyung. The group has experience in composing, dancing  singing and rapping. They debuted on April 15, 2011 with the song “Freeze” on KBS music bank.

M.I.B is a South Korean Hip Hop quartet (group of four) under the company Jungle Entertainment.  The group includes the Members: Kang Nam, 5Zic, Young Cream, SIMS (I know they have weird stage names).They made their debut on October 26, 2011 with the song “G.D.M” (girls dream and money)

For me M.I.B is an amazing group whose songs are amazing however they aren’t as popular as they should be. They are greatly underrated. So please listen to them I’m sure you would love their songs. 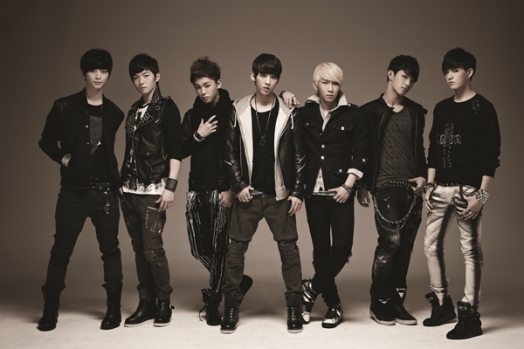 BtoB (Born To Beat) is a seven member boy group formed in 2012 by Cube Entertainment. The group consists of Eunkwang, Peniel, Changsub, Minhyk, Hyunsik, Ilhoon, and Sungjae. They debuted on March 22, 2012 with the song Insane on M! Countdown.

My Bias: Peniel (maybe because he’s the only one that speaks English) 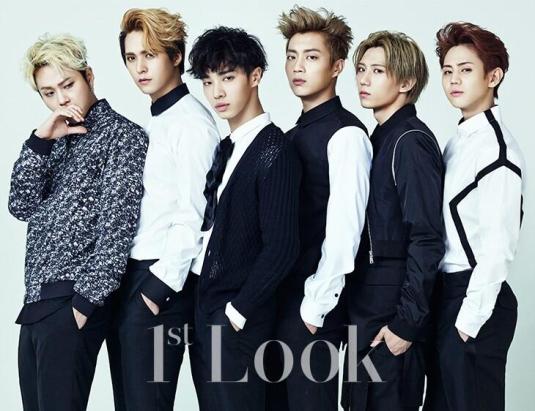 Beast is a six-member group formed by Cube Entertainment. The band members are Yoon Doo Joon, Jang Hyun seung, Yang Yo Seob , Yong Jun Hyung, lee Gi Kwang and Song Dong Woo. The group debuted in 2011 with the album, Beast is the B2st.

Exo is a group that is under the company called SMtown. The group has 12 members (Yes! 12 MEMBERS!!!). However the group is separated into two subgroups: Exo K and Exo M. One that promotes in Korea and the other in China. When the group produces a song there would be two different music video’s one with Exo K members (Korean) and another one with Exo M members (Mandarin). Sometimes all 12 members are present in both music videos.

Favourite song: Growl. This song has all members in the music video bellow. 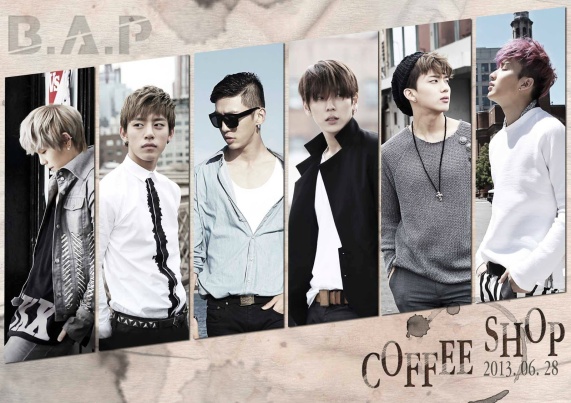 B.A.P (Best Absolute Perfect) is a six member hip hop group formed in 2011 under the management of TS entertainment. On January ,2012 B.A.P made their recording debut with the song “Warrior”. The members are: Yongguk, Himchan, Zelo, Daehyun, Jongup, Youngjae.

Favourite song: One shot. This song had the absolute best K-pop music video so watch it all below. 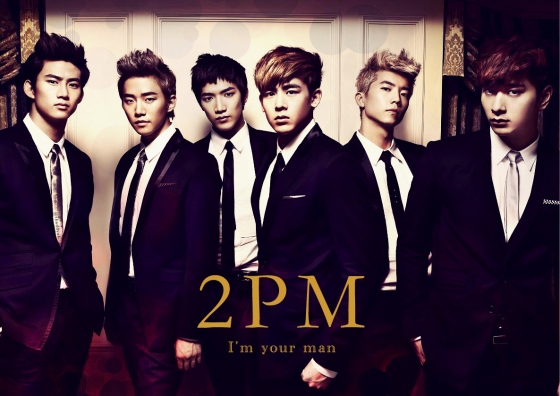 2pm is an idol group managed by JYP Entertainment. The members of 2pm started with another group that is called 2am. The group decided to split up into two subgroups called 2am and 2pm. The group consists of 6 members: Wooyoung, Taecyeon, Nichkhun, Chansung, Junsu (Jun.K), Junho and Jaebeum (Jay Park)the former leader who left in 2012 and went solo under the company AOMG (I’m still waiting for him to come back). 2pm debuted with the song “10 points out of 10” in 2009 which showcased their acrobatic and dance styles.

My love for 2pm is unimaginable. I am crazy about each and every one of them. Although I have only one bias in this group, I do not like any other group member greater than each individual member of this group.

Bias: Jang Wooyoung (who also has a solo song so check that out, it’s amazing)

Favourite song: I love all 2pm songs so It’s very hard to choose one. I think I’ll go with A.D.T.O.Y and HANDS UP

I hope you enjoyed this post. There were loads more groups I wanted to include but couldn’t and again this was just my opinion. Thank you for reading this post. Please comment below your thoughts and opinions; I would love to read them.