For the second edition of the SG Chronicle, we bring you news that will bring about a hint of nostalgia and a whole load of reminiscing if you were born in the 80’s or 90’s.

I’ve collected a whole bunch of stories from around the news and internet this week that I found a particular interest to. If I found the interesting, there’s a huge chance you would also feel the same.

THE HOVERBOARD HAS ARRIVED!

This is not a hoax, I repeat this is not a hoax, despite the fact Tony Hawk is once again involved. There was only one thing, the kids of the 80’s and early 90’s wanted above everything else. Well not the only thing but you know what I mean.

I’m talking about the hover board here. I didn’t think such a thing was possible. In the Back to the Future movies, the hoverboard plays an important part in solving some of the crises that Marty McFly has to face. All the kids back in those days wanted one but were told it isn’t the year 2015 yet. That shit was created in the future.

As we all know, 2015 is now around the corner and the news has been announced that such an invention has be created.

As you can see, this shit is very real but unfortunately, there was a huge cost in developing such technology and costs quite a lot of money; $10,000 to be precise.  Here is another video showing you how this amazing invention was developed.

Ok, I know it’s not really practical but I think the most important thing here is the development of different kind of technology that wasn’t previously on the market. 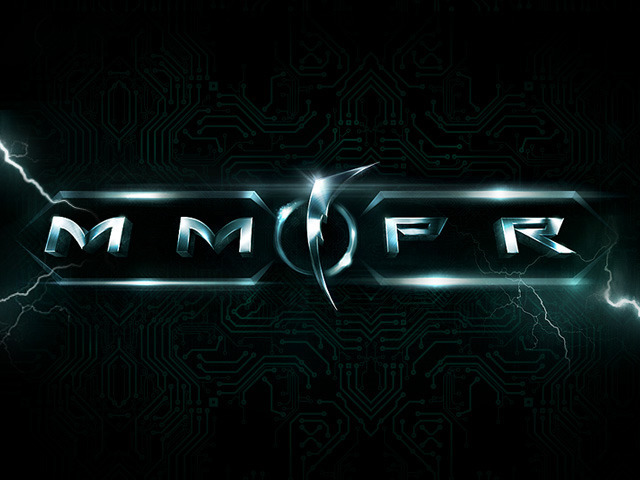 Yes! It’s a matter of fact now. I’ve seen the posters. There is no official trailer for such a movie yet but M.M.P.R (2014) has been announced and a cast has been assembled, rumours including our favourite, Tommy Oliver (Jason David Frank); the original Green Ranger.

The plot is simply about a new group of superhuman rangers who must work together to stop the evil Lord Zedd from taking over the Earth and Human Race. You know the typical Power Rangers plot.

However, it seems this time they’re a bit more mature with the rangers working alongside detectives in the police force rather than the over-hyped teenagers we usually have.

A few posters for you to admire:

THE RETURN OF FRIEZA!

A poster has been revealed for a new upcoming Dragonball Z movie that will feature the return of Frieza, the iconic first villain from the Dragonball Z animated series. This is the being who was solely responsible for the destruction of the Saiyan planet and is despised in equal amounts by both Goku and Vegeta.

Along with the Saiyan’s we also have Piccolo, Yamcha and Krillin featuring on the poster. There are two new characters introduced and another two reintroduced from the 2013 movie, ‘Battle of Gods’.

The movie is officially titled Dragon Ball Z: Frieza’s Resurrection and is set for release on the 18th of April 2015.

With the release of the Nexus 6, Android 5.0 officially went live, now it’s only a matter of time before your personal device get’s it. If you are a proud owner Google edition HTC One M8 or M7 the wait is officially over. If all goes to plan, HTC will be one of the first Android licensees to release its promised Android 5.0 Lollipop update.

According to a tweet from HTC’s Mo Versi, HTC One M8 and HTC One M7 Google Play Edition smartphones should receive an update to Android 5.0 Lollipop on Friday, Nov. 21.

“Hi Marty, got delayed – new target is Friday. Working aggressively to get it out as quickly as possible. Thanks. Mo”

For all us regular owners of the standard HTC One M8 and HTC One M7, you haven’t been forgotten. HTC has promised software updates within the first 90 days so you can expect an update of Android 5.0 Lollipop to roll around December or early next 2015.

So what is this new YouTube streaming service we keep hearing about?

It’s basically a new feature to compete with the likes of Spotify, Pandora and Beats Music. It’s basically the same thing, except it also offers video playback. So this is streaming music video’s without ads or any non-sense.

The only catch is, you have to pay $10 a month as a subscription fee. Not really that bad to be honest for those that don’t like the YouTube setup of having to wait and view several ads.

You also get access to Google Play Music with this subscription so might be worth the shot. Apparently many artists have already been signed up to this but certain artists like Taylor Swift have refused claiming streaming results in fewer albums being sold. Way to go Taylor for standing up for what you believe in but do remember the wise words, ‘Hater’s gonna hate, hate hate, hate, hate…’

It has been announced that several more movies will be following on from Fast 7 despite the fact Paul Walker is no longer with us. The franchise should continue until 10 movies are completed. This is great news for all the Fast and Furious fans out there.

We still have several more years of the high-impact, entertaining, full-on action movies to endure so let’s hope they make them even better than the previous installments.

Younger casting choices are being lined up to replace the ‘not everybodies favourite couple’ Jean Grey and Cyclops as their younger selves.

We have Chloe Grace Moretz, Elle Fanning and Hailee Steinfeld being lined up as the casting choice for Jean Grey. Despite my love for the talented Hit-Girl, I don’t think she would match well with the Jean Grey personality in my opinion although she may show the Psychic Mutant in another light.

For Cyclops we have Ben Hardy, Charlie Rowe and Timothee Chalamet in the running. Anything would be an improvement after the disappointment we had to endure with during the original trilogy.

GUARDIAN OF THE GALAXY 2 NOT TEAMING UP  WITH AVENGERS 3

Despite being set in the same universe, the second installment of the Guardians of the Galaxy series will not have any links to the Avengers 3 movie. Apart from perhaps the Collector being involved in it all somehow. But that’s not the point. The point is that we shall not see Rocket and Captain America fighting side-by-side or a tag-team combination by Hulk and Groot. You have to admit, this shit would be awesome to witness at some point.

The movie is scheduled to release for some time in 2017 as things currently stand. That is a whole long wait for all us fans of the franchise but at least we have several Marvel Movies scheduled for release throughout this period of time to keep us occupied.

Also, it has been said we shall be seeing more of Nebula in the second installment of the movie according to the director. That should be a pleasure to watch.

Farcry 4 brings us into a world of Kyrat somewhere near the himalayas. You play as a character who seem to be caught in a civil war but all you really wanted to do, was spread your mothers ashes.

Alternate ending. At the beginning of the story you are invited by the villain to have a meal. Which he then leaves and allows the player to continue and start the campaign. Well for those people who have the courtesy to wait 13 minutes for their entertainer to return they got a little shock!

In fact the villain isn’t actually the bad guy here despite all the stabbing. He is a ‘pretty genuine’ guy and allows you to place your mothers ashes along side his daughters; the daughter being your step-sister. Talk about a family reunion.

Its pretty rare to have an alternate ending at the beginning of the game thats for sure. Quite cleverly done and Ubisoft does well to keep the consumer happy. Players love easter eggs and little surprises in games. A job well done Ubisoft!

Lord Salad-head is back in the Tower and this time power does matter *cough cough*.

Iron banner 2.0 comes with many welcomed changes, this time helping you achieve the infamous level 30 status. The event will offer unique Iron Banner gear that goes up to Light level 30 and some badass weapons to help you wreck havoc in the Crucible.

So Guardians it’s time to suit up with your best, to be the best.  The Iron Banner awaits your arrival.

That’s all there is for this weeks chronicle. Do subscribe below to receive the latest news right to you email.