There is no chapter this week as announced at the end of chapter 799. This means next week is the big week when we get chapter 800. So I decided I would do a build-up to chapter 800.

Now those that don’t follow One Piece will not get the hype surrounding this chapter. After all, it’s just one more chapter, 1 in 800 to be precise, so why the big fuss.

To understand this, we need to go back to the previous milestone chapters and look at the trend that has been following.

This was the chapter in Rogue-Town where Smoker captured Luffy, Buggy and Alvida. He had Luffy pinned to the ground when the mysterious Dragon appeared to rescue our rubber-friend.

THE BOMB, THE WAR AND THE CROCODILE

This was the crucial point in the Arabasta Arc where Vivi reunites with the crew to locate the bomb whilst Luffy discovers a way to actually hurt Crocodile, a logia user, by using water.

THE END OF ENEL

Chapter 300 marks the end of Skypeia and is a joyous one as the shandians discover they all survived Enel’s wrath.

With operation rescue Robin in motion, the crew have to attain the key to unlock her handcuffs and to do so; they must defeat the members of CP9. This is the chapter they all find their respective opponent’s for the battles to commence.

Not only do we see Law giving the middle finger this chapter but it was also the introduction to Silvers Rayleigh and the first time we see Haki in motion although we are not informed of what it is.

Back on Sabaody after the two year time skip we learn of Brook’s rise to stardom in the time away from the crew but he announces his true identity re-attaining his previous bounty of 33,000,000 Beri and declares that Luffy is alive. We come across the Caribou brothers as well as the fake Straw-Hats.

Time-Skip Chopper and Franky are also introduced before the chapter ends on Rayleigh claiming it’s time for the restart. 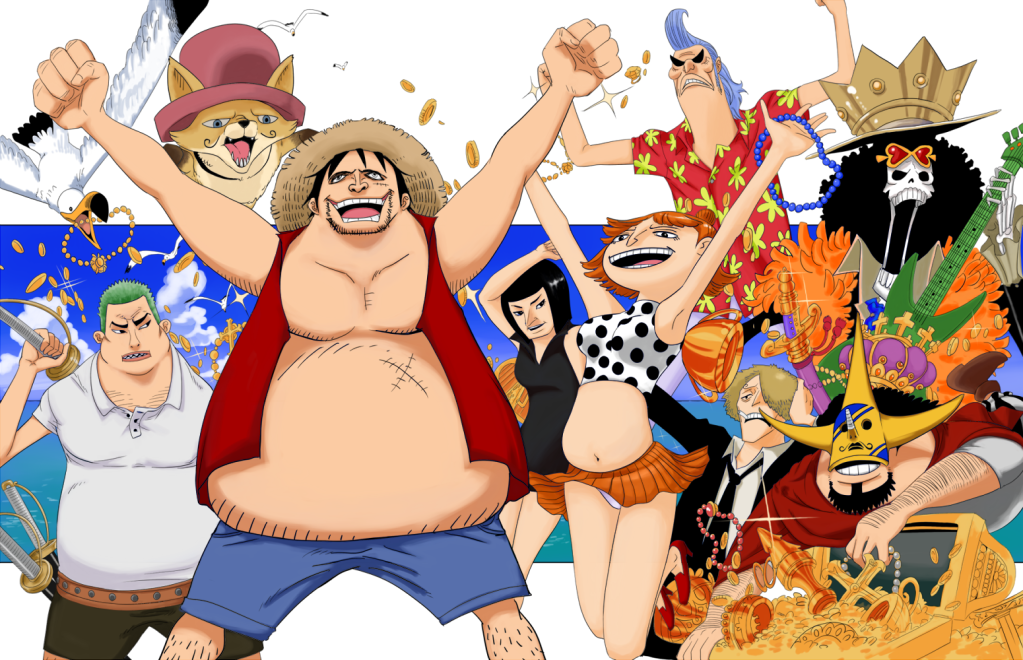 Now this chapter was huge. A lot of people forget how awesome this arc is because they forget the amazing shit that went down right at the start.

We get to see Jewelry Boney and Akainu after the time-skip.

We were informed about Buggy’s Shichibukai status, Fujitora’s name is mentioned and we learn of a secret Shicibukai who is not mentioned by name. Luffy and Doflamingo exchange words and agree to make a trade in regards to Caeser. Law and Luffy’s alliance is made public as is the Kidd alliance with both groups targeting a Yonku.

Diamante and Trebol are introduced as members of Doflamingo’s inner circle. But the most important thing to be revealed was Doflamingo being in possession of the Mera-Mera No Mi.

So what am I expecting from Chapter 800?

As you can see with each milestone we are getting more and more out of Oda so I hope we are not disappointed with chapter 800.

Well, leading up to this chapter, we got to look at the following points:

So what am I truly expecting from this chapter considering all of the points above?

Oda always surprises you when you least expect it. Because I am expecting all of the possibilities above, he is sure to throw a curve ball our way and the chapter will be a beautiful wonder.

But then again, what if because I’m expecting the unexpected, Oda’s decides to give us the most expected thing that we could ever expect. Maybe I’m thinking too much into this but if that is the case, I know Oda reads my blog.