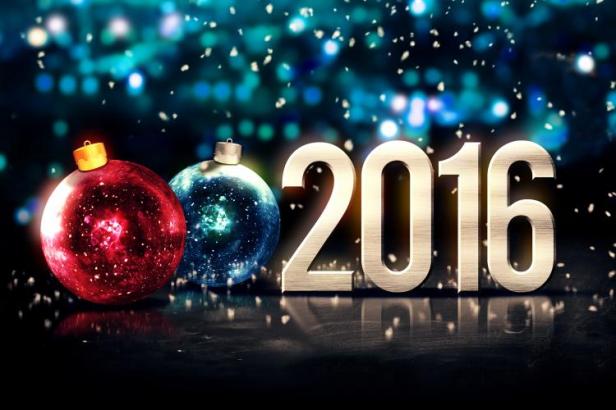 You know how there is this whole, “New Year – New Me” thing that goes around. Well, I don’t know if there will be a new me because my wife told me, ‘to never change’ hence why I’m still wearing my wedding tux.

However, there will be changes for Sleeping Geeks. As you may be aware, last year was a struggle and I don’t really want to talk much about it considering I’ve already mentioned what a shitty year 2015 was. So without any more negative talk, let’s positively move on to the exciting stuff that will happen this year.

BLOG OF THE DAY/365 CHALLENGE

Considering consistency is vital to everything in life, especially marriage where you must not change at all, I thought we should bring consistency to sleeping geeks by posting at least once every day. This will be a challenge for us as most of the guys are disorganized, impulse driven; sociopaths who like to drink unicorn milk on weekends.

So this we have title blog of the day for obvious reasons. For those that require an explanation for the obvious reason, it’s because we’re supposed to post a blog piece every day and this will be that blog piece. It by no means is a claim that this blog is ‘the greatest’ blog post of the entire day in the whole wide world. That would be impossible considering most of can’t even right corretcly.

If you want, you can take part in the challenge alongside us starting from today; whatever day it is you’re reading this. It’s never too late, unless it’s the 31st of December, in which case just start afresh from tomorrow. I feel like I’m writing a letter into the future. This is the strangest feeling ever. I know what Supernova feels like now.

We’re going to be celebrating popular anime birthdays this next year because I love birthdays and I feel like anime characters deserve their birthdays to be remembered considering their creators have given them such trivial things like birth dates. As if we can relate to anime characters based on their- … Oooh, I was born a day after Eren Jaegar.

We’ve been talking about producing original work for Sleeping Geeks for a while now and we’re finally getting around to doing so. We are working on some web-comics as individuals and as collaborations so keep an eye out for those.

Something new for 2016 will be weekly character analysis on your favourite anime characters. These will follow a set procedure and based on our analysis of different characters from different anime series we have watched, we will give each character a rating between ‘E’ and ‘S’.

This will take into considering a number of things that will be outlined in the criteria which includes character development amongst other factors.

To keep things interesting, the characters chosen will be running on a four week rota:

Week One: HERO – a primary or secondary ‘protagonist’ of the show

Week Two: VILLAIN – an antagonist in the series that may or may not be the main antagonist

Week Three: SIDE – a side character that influences the anime in some way.

Week Four: LEGEND – a legendary character who usually is a mentor or has some sense of allure and mystery surrounding him/her.

This is the year we start focusing on the Sleeping Geeks YouTube channel. We shall start producing some cool Top 5 video’s on a variety of different subjects or topics that may or may not mean anything. Do subscribe to our channel so you can keep up to date with all our videos. I can’t promise they won’t suck as it is an area where we are trying to develop but I can say they will become awesome at some point.

There will probably be a lot of other cool stuff that will be introduced as the year progresses but I’m sure there is enough there to keep us going for now. Let us know what you think about all our new projects and also mention if you’ve got any ideas for us.

Feel free to share your own plans for 2016 below. I would love to check some of your blogs out as well.