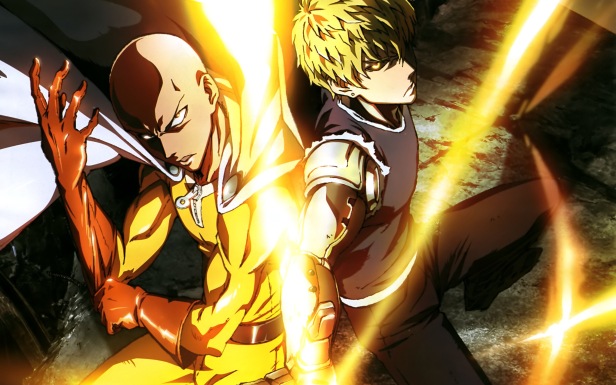 Maybe the most talked about anime of the year, One Punch Man has generated a lot of buzz and while watching week by week, I can assure you it worth it. Ok so for the summary, this anime tells the story and ‘misadventures’ of a man named Saitama, a self proclaimed “hero for fun”.

His struggles as a hero come from his ability to defeat his opponents with a single punch. Crazy, right? This is anime we’re talking about so don’t sweat the small stuff. One Punch Man comes off a bit nonsensical at times and for people who like their anime super serious this may be a turn off. This show comes equipped with an awesome soundtrack, highlighted by its intro song, and epic action sequences that have you pinned to your seat.

A show I picked up on a whim because I thought the title was funny (yes I am weird like that get over it) and turned out to be a great anime watching experience. The comedy and animation aren’t any hinderance to this anime and Saitama really shines at the main character and the secondary characters are really good at upping the ante weather its on the comedy end or the action front. All in all a good anime that is an easy watch with a 12 episode season.

One thought on “Wizard Reviews 2015: One Punch Man”