Considering I had to wait for this chapter for so long, I opted to read the spoilers for one of the only times in my life and I knew immediately that this would be a great chapter. I know reading spoilers is bad but the withdrawals were too strong.

Remember how they mentioned the Mink are not fond of foreigners, as in humans, in their lands. They’re classed as hostile towards humans according to Trafalgar Law but little is known as to the reason why.

However we do now know that this was not always the case considering what Wanda mentioned to Nami. Apparently they built a fortress ‘Mokomo Dukedom’ for a local lord and she mentioned it was built by their ancestors, as in the Minks.

She also mentioned the tradition of trading clothes with foreigners so they have customs and traditions associated with meeting foreigners which clearly means they were on good terms with humans prior to this hostility. I wonder what happened in the history of Zou that such hostility came to be. There is definitely some sort of history about Zou that we are missing at the moment and I am intrigued to find out.

The outfit Nami received is known as a ‘National Treasure’ and its female clothing to definitely belonged to some important figure from the past. I wonder who that can be?

Although I hated this guy before and I thought he wouldn’t give a shit about his people; I have to admit I was dead wrong. This guy is as cool as a Lion. I know that’s not a saying but it’s going to have to work here because he’s a Lion and I think he’s cool. Unfortunately he wasn’t badass in this situation and it cost him.

Regardless I love the love he had for his people and despite the mission that was at hand, he was willing to compromise to show his gratitude to the Straw-Hats. Sanji and co have done really well for themselves here.

Pekoms is a native of the Minks, which I had assumed upon first seeing him in Fishman Island but now it is made certain and apparently, he was quite reckless in his youth. No wonder he ended up joining one of the most notorious pirates in the world.

Probably one of the least liked Rookie from the worst generation considering we heard or saw nothing of him up until now and his character seemed like a joke. Suddenly he re-emerges in the current plot out of nowhere, has a bounty of 300 Million (Sorry Manga-Panda, 3 Billion is so wrong) and has shown what a badass he is by shooting Pekoms for letting emotion overtake his responsibility.

Capone took control of the situation like a boss and controlled everything around him like a total boss and that’s what his character is; a mafia boss. He uses his devil fruit (Castle-Castle Fruit) to carry a whole thug gang around with him and lets them loose upon Zou to ensure he gets what he wants.

He firstly wants Caesar Clown for taking payment and not delivering to Big Mom and Sanji is more than willing to give him considering he screwed up with Big Mom out of his own mishaps and is no longer required as a bargaining chip. Caesar wanted to use assassination to get his way but Sanji disagreed. However, Capone wants more than just that. He has his eyes set on Sanji much to everybody’s surprise. The plot thickens!

I love how Caesar was captured by Capone using the threat of sea-stone bullets despite not owning any however, the owning of a sea-stone spear worked just as well in capturing CC.

So apparently Capone has joined up with the Big Mom pirates for the Big Mom Tea Party and was in fact the captain of his own pirate crew called the Fire Tank Pirates and I believe has made an alliance with Big Mom and is now part of the crew. Notice how both Pekoms and Capone are wearing the same shades.

However, this guy has received an invitation for the party and knows what its all about. He knows why Sanji is so important to Big Mom.

She’s organised a wedding for her daughter and Sanji is the groom!

This is when you all yell out, WTF?!?

Sanji in this chapter was as amazing as ever. He fell for every female furry he saw and shows Sanji does not discriminate when it comes to race; he only discriminates when it comes to gender. You got to be sexy and be a woman for Sanji to throw everything he has at you.

But we all already knew that…

Sanji’s face at the end of the chapter showed it all. It’s all true… Sanji is the third son of a Vinsmoke Family. This has got everybody’s thoughts racing because suddenly all the theories may or may not be true surrounding him and another 50 have popped up in the past 24 hours. So since last week, Sanji has become a target for Big Mom and she wants to get him married to the 35th daughter from the Charlotte family. I believe this is one of Big Mom’s own daughters considering her name is Purin which is a Japanese pudding. 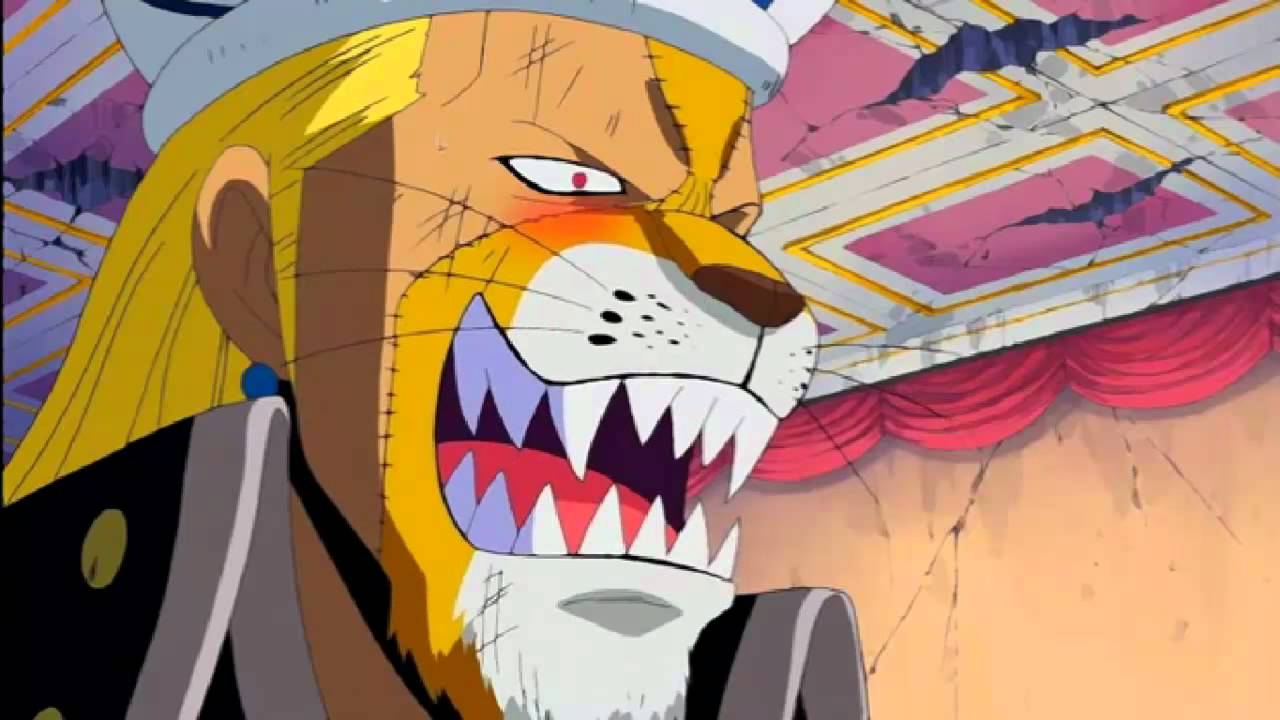 I believe this is based on the wanted poster and the whole ‘alive’ thing. Thank you Absalom you slimy bastard. Finally got his own back!

So what is this Vinsmoke family and Sanji is the 3rd son? So he definitely has two older brothers, or did so at some point. The whole family thing reminds me of a mafia theme and with Capone showing up with his personal mafia theme, I can see this all working out quite well for the theme of this current arc.

Or he can be from a noble family and is in fact a prince as it has been widely speculated. That would make things interesting indeed.

So in other words, Sanji would have sacrificed himself to get married in order to have the rest left alone. Obviously, Sanji would take the sacrifice… but our favourite bachelor getting married? No way!

A very good chapter and the plot is developing very well here. I wonder how Zoro will react to Sanji’s marriage: “The lousy cook didn’t even invite us to his wedding?” Let the wedding crashing begin!

One thought on “Badass Bege; Sanji’s Family – One Piece 812 Review”