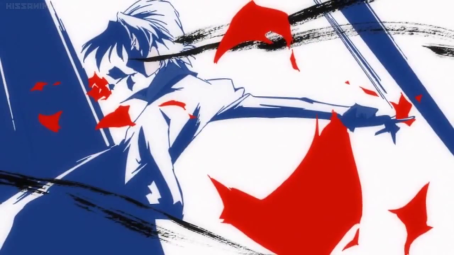 Creed Diskenth is the leader of a group called the Apostles of the Stars. He is 23 and likes beauty, intelligent people and has a slight obsession regarding Train Heartnet and himself. In the beginning of the anime he wears a white jacket and white pants. He keeps his silver-white hair slicked back showing his lavender hued eyes. However as the anime progresses his look changes and he wears his hair longer and parted in the middle with a fringe to frame his face. He wears a choker and swaps his white coat for a fur-lined, black trench coat. villain

“In battle there is no such word as underhanded.” – Creed 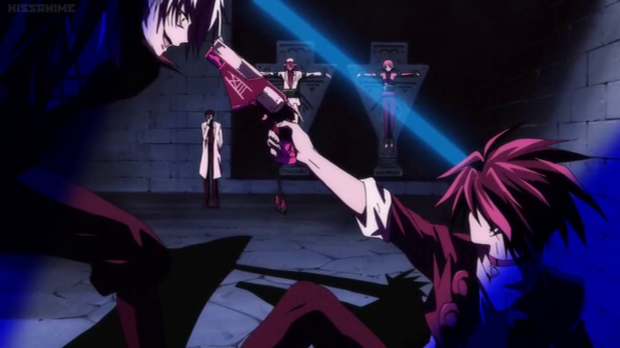 That pretty much tells you his views on using any method to win. Creed is a blood thirsty murderer that wants to reshape the world to create one where superior individuals who serve him are the only ones that remain. He wants to dominate the world from above as a god.  In truth he is insane. He naturally enjoys violence, seeing only beauty in it. He will easily kill those who follow him without hesitation if they disobey him. The suffering he endured as a child has led him to hating the entire world. He is power hungry and deeply narcissistic. He cares very little about anything else and aims to become immortal in order to remain perfect for all eternity. Creed lives in a delusional world where he can explain everything in line with his warped view and can not understand why others hold a grudge against him. He gets highly frustrated and infuriated when he can not bend someone to his will.

Regarding people as trash he is obsessed with talent. His dream world is filled with nothing but talented people who obey him. He plans to select them one by one and eliminate those he deems unworthy. Train Heartnet is the only person that he truly respects. His dearest wish is to have Train rule the world at his side. Creed admired Train’s skill but also the way that Train hated the whole world. Creed felt this mirrored his own hatred. Creed felt that Train was just like him and that he was the only one who could understand him. However this proved untrue.

Despite all of that he is a charismatic and refined character. He enjoys luxury and lives in opulent manors. If he deems a person worthy, he will smile and act with courteous manners. He is clever and knowledgeable. He will only move once has all his moves ready to make and rarely underestimates his opponents. 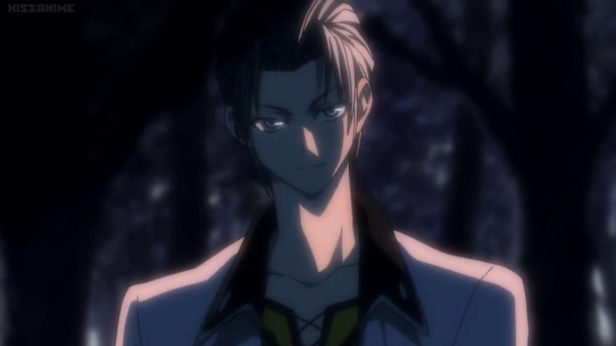 Seeing as Creed viewed most humans as trash that needed to be eliminated his relationships are limited. In the anime it is shown that he killed his mother, however in the manga this is unclear. He views his fellow members of the Apostles as little more than pawns for him to maneuver to get what he wanted. He adored Train Heartnet and thought of him as the closest person that was like him. He is in a relationship with Echidna who will do anything for him. However he doesn’t show that much of an attachment to her.

“There is nobody other than him who is capable of stopping me. The Black Cat of course.” – Creed 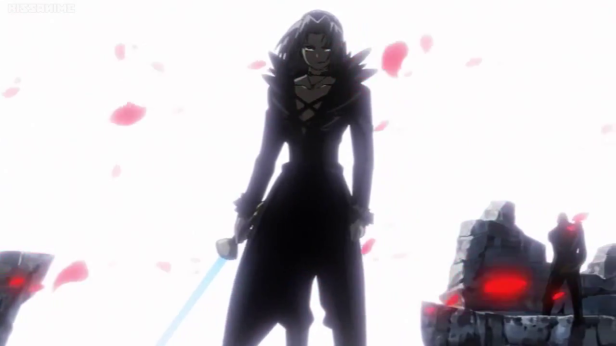 Here Creed is talking about Train and the fact that he is the only person who has the ability to stop him and his plans. Before being given the power of Tao, he was already an extremely skilled warrior and capable of matching the skill of the Chronos numbers, except I, II and XIII. His preferred weapon is a katana which he wields with great precision. He is extremely fast and agile which helped in his job as an eraser for Chronos. He is able to even fight normally with a bullet in the leg. Once he gained the power of Tao and has gained the ability to use Ki which allows him to detect people’s locations around him and increase his speed and strength. However he is never seen using this as he already strong and fast enough not to need it. He can create an invisible blade that can slice through almost anything. His blade has various forms and phases that he can easily switch between.

Creed also has the ability to regenerate after he had inserted nanomachines into his body. Thus he is able to heal after almost any fatal wound. Meaning that he will be kept in his peak physical condition. He is also a capable spy.

His only weakness is his brain. His regeneration ability can not fully restore his brain which would leave him with only his primal instincts.

Born as the undesired son to an alcoholic and abusive woman Creed had a difficult childhood. His mother often blamed him for all the things that have gone wrong in her life. Then he ended up living on the streets digging ng bins to find food and being beaten by cops for no reason. A rough childhood that offered no stability and then being taken in and taught how to kill professionally. I honestly don’t blame Creed for his unstable and warped state of mind. Throughout the anime you can clearly see how the power Creed gets slowly feeds his madness. He gets wilder and less cautious as the story progresses. His twisted past explained a bit and added to his depth. However as a character he followed an obvious path. 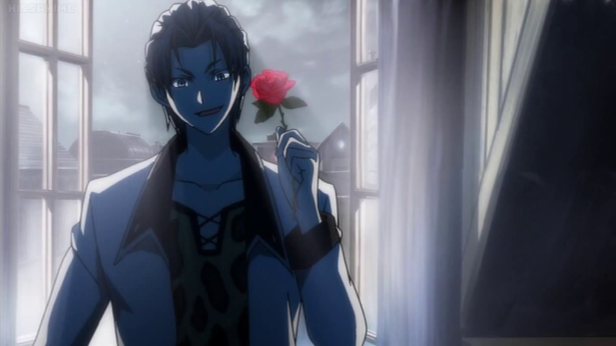 His ability to clearly think through his moves and make use of what he has to the best of his ability is astounding. Also despite his insanity he has managed to recruit people to his side, gather loyal followers, and raise funds to support his plans without alerting Chronos. He is also really good at playing the piano and often seen holding a red rose.

I only gave him seven because even though he attains ‘Godhood’ we don’t really get to see much of it and for a few other reasons. His insanity predominates, often overshadowing his skills and abilities. His insanity (although awesome, yes I am weird like that) is only one aspect of him but that is the focal point throughout the anime when it comes to Creed. 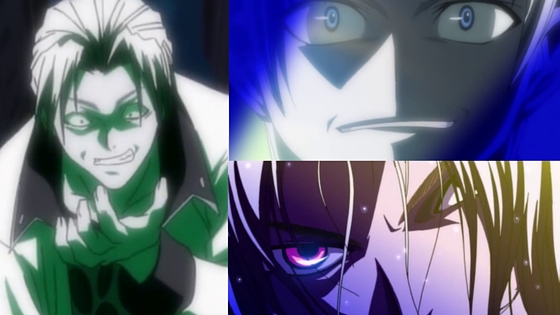