THE RED WOMAN – A GAME OF THRONES REVIEW PART 1

Everybody in the seven kingdoms and beyond was eagerly awaiting the sixth season of what is now widely known as the most popular television show in the whole world. George R.R. Martin’s books were phenomenal but the TV Series based on the books has far exceeded even the literature it was based upon. So much in fact that the writer agreed to continue the series despite failing to submit the written counterpart to what would have been Season 6 and the sixth book of the series.

[Those of you who have left it this late to catch up and decided to read this post regardless are either very brave or very stupid. This is a spoiler warning to stop reading right now. If you continue to do so, you’ve got only yourself to blame.]

With the ending we were hit with in season five, I don’t really blame the anticipating audience. The world speculated on end whether our most beloved, moody, oath-breaking, wilding-loving, northern-bastard, hero-figure was truly dead or not? I mean he did receive knife plunges to the body, back-to-back, as all his haters took turns. And by haters I mean Ser Alliser Thorne, his cronies and the brainwashed little bitch that is Ollie.

My thoughts before this episode aired was based around the title. It was obvious the episode would have some focus on ‘The Red Woman’ who we all know is Melisandre. With Stannis and Jon Snow dead, her options seemed meek. This is where I was biting at the resurrection theories. As long as she saves Jon Snow, I was willing to forgive her for the whole Shireen sacrifice ordeal, although I wasn’t sure if I could still accept her role in Renly’s death. That still gives me nightmares.

The episode started off as if the whole of the seven kingdoms were in mourning and it kind of gave the impression we were not going to be in for the good news we were hoping for. You see, the most commonly accepted and thoroughly hoped for theory going was that Melisandre, the witch priestess who served the ‘Lord of Light’, would revive Jon Snow somehow. Whilst there were a few who hoped to see the Stark Bastard reborn as the direwolf through ‘Warging’, I personally don’t see that happening.

*Warging: The ability to control an animal using your will of your mind – often seen by that ugly-looking wilding, the mysterious 25-year-old teenager who used to follow Bran around and Bran Stark himself, who abuses his gift by using his personal piggy-back carrier as a vessel to fight.

Our favourite former smuggler turned knight, Ser Davos Seaworth happened to be the first to discover the dead body of the Lord Commander of the Nights Watch. I guess he’s meant to play an important figure this season hence why we started off with him.

We can all agree Jon Snow is dead after his buddy Edd closed his eyes. It just felt like we were part of the few guys in that room along with Ghost, mourning the death of the hero the Seven Kingdoms needed but didn’t deserve. Did I just compare Jon Snow to the Dark Knight? 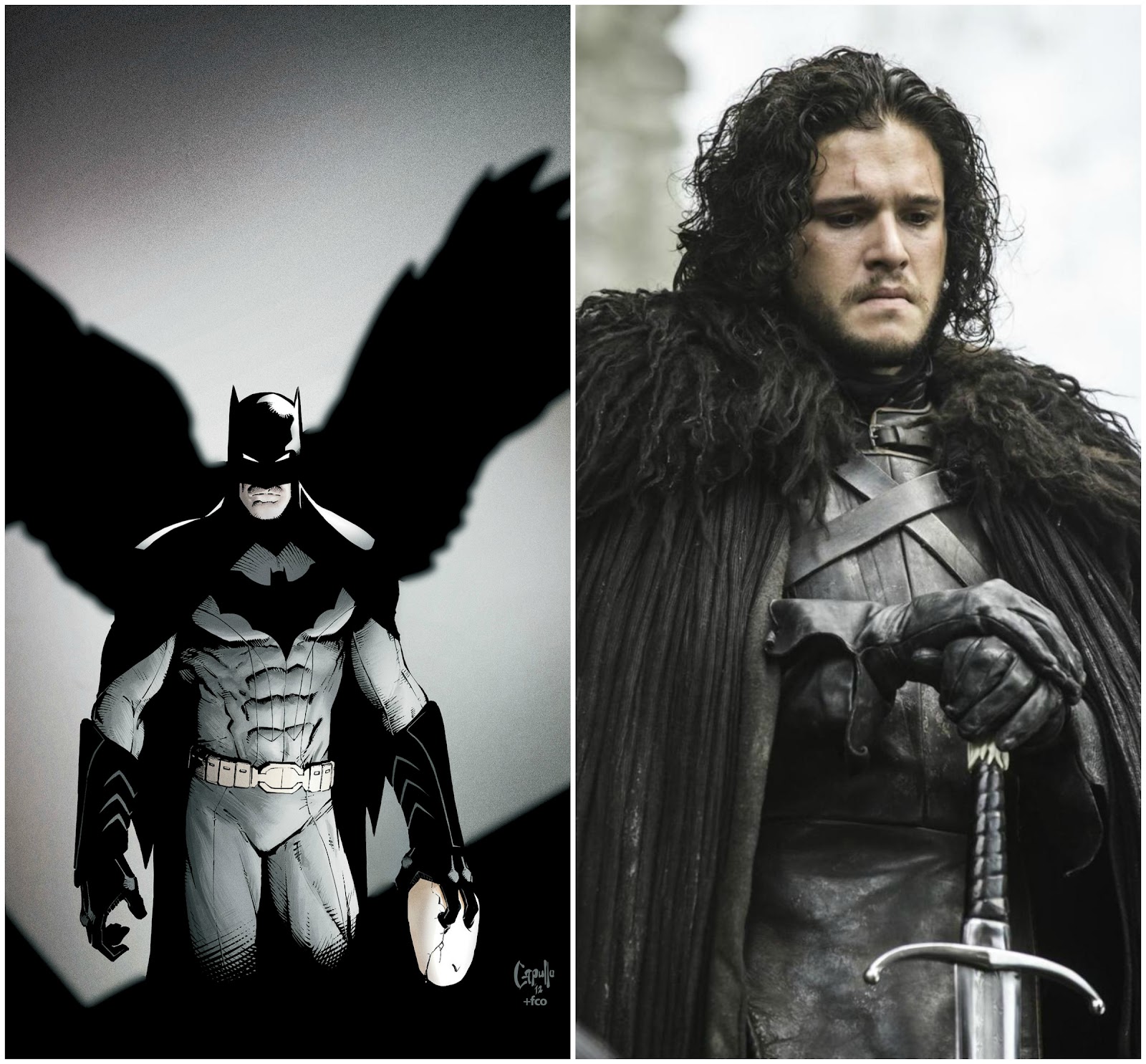 We all turned to ‘The Red Woman’ for help in this dire situation. The guys are locked in a room with Jon’s dead body, Thorne’s convinced everybody else that he did the right thing and he’s ready to slice them up as soon as they surrender themselves, although he won’t admit to that. I have to say, Ser Alliser Thorne has got a way with words when it comes to talking in front of idiots. If only he was one of the good guys. sigh

With so much hope riding on Melisandre, who claimed she saw him fighting at Winterfell in the future, the only thing we got from her was a strip down and even that become very disappointing when it was revealed she’s actually an old hag. I feel sorry for all those awkward boners. I mean I personally was scarred for life. I did not want to see such a monstrosity. Considering that even Ser Davos turned to Melisandre for help, my reaction started off with a ‘WOOT WOOT, THE WITCH IS HERE!’ but it didn’t take long for the ‘MY EYES! OH HOLY HELLS! IT BURNS!” to follow. I guess it was for the best though. We shouldn’t get too attached to witches who serve such cult like gods that make people immortal.

Who am I kidding; I’d totally worship such a god devotedly and hope for the blessing of immortality, only to secure my life to witness the ending to One Piece*.

*One Piece: An ongoing anime/manga series that has been going strong since 1997 and is only half-way through yet according to its writer.

WHAT WE CAN STILL EXPECT FROM HER?

But you should fear not. You see we got to actually witness the body of Jon Snow. They have not burned him or buried him yet. Those that fantasize his reawakening can rest assure, he will return, whether that’s in “Zombie form”, “Wolf form” or as a “Lord of Light resurrection”.

I believe this first episode was more of a teaser than anything else but we got the first assurance since the early Renly killing phase that Melisandre is the real deal. She possesses some form of exceptional power. That might be due to the magical neck-piece she wears or the fact she’s ancient.

She’s been around for years and she’s seen the hell that is going to break loose. She’s the only one who truly knows ‘Winter is Coming’ so if she says she saw Jon Snow fighting at Winterfell, it will happen one way or another. That much faith I have in her. Stannis may have died and she may burn little girls but she can also give birth to demon babies who look like their father and can kill their homosexual uncle.

Jon Snow will come back. We all know that but we just have to be patient and wait for the perfect moment for it all to go down. Until then, we sit back and enjoy the build-up to his return. Have faith in ‘The Red Woman’. Consider the fact if he did come back in the first episode after his death, it wouldn’t really be as epic now would it. The longer we have to wait, the more it builds up his return. Its television guys; we should be used to it by now.

I know Ned died and Robb died and Oberyn died amongst countless others who we hated or loved but Jon Snow will return.

READ PART TWO HERE – WHO SHALL BECOME QUEEN OF THE SEVEN KINGDOMS?