HOME – A GAME OF THRONES REVIEW

Will the Starks Reclaim Winterfell?

WHAT IS DEAD MAY NEVER DIE

I think the ever so popular tribute of the Greyjoys to the “Drowned God” they are devoted to is a perfectly acceptable alternative title to this week’s episode. The situation up north is tense as we already know. The north is now controlled by the Bolton’s as they were gifted the position of ‘Warden of the North’ following Roose Bolton’s betrayal upon the Stark’s.

Now the Greyjoys once challenged the Starks for control of the North and although they are the strongest in the sea, they are apparently very bad when it comes to fighting on land. Now this whole mess could have been avoided had the head of house Greyjoy, Theon’s idiotic father, sided with the Starks and made amends for the mistakes he made in the past.

He only had the one son remaining who had taken favour with the Starks and had redeemed the bond that had been broken by his stupid mistakes. Having lost two sons, you would think he would learn something from it but no. He decided to brainwash Theon into trying to take Winterfell whilst Robb was away. What resulted was him losing the possibility of extending his family as Theon’s family jewels were severed by Ramsay. 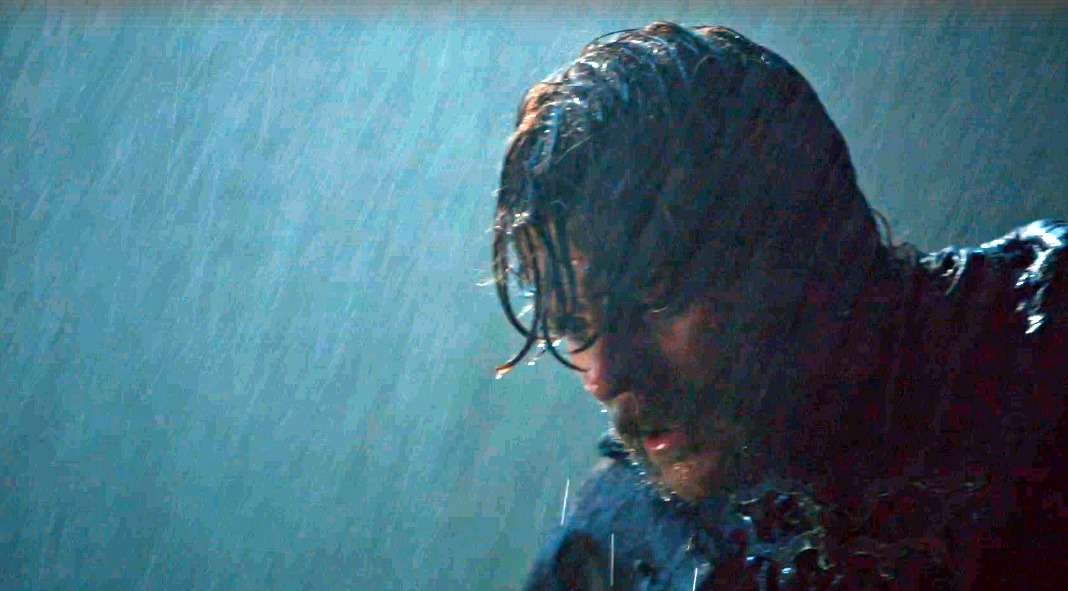 The lands he was able to take during the Starks absence are lost yet the old man still doesn’t learn. Yara rightly challenges his decision but the stubborn git won’t have any of it. Fortunately for Yara, he runs into his brother, who was supposedly dead. He now thinks he’s some holy power of the sea and ends up killing Balon Greyjoy; just like that.

I swear characters drop like flies in this series. I wonder sometimes, did they hold any value at all? I guess not. People you think are relevant suddenly become irrelevant. This is what I love about this show.

I believe Theon will return to the Iron Isles and claim the throne before aligning himself with the Starks and supporting Sansa. Yara might challenge him for it but I believe in the end she will support his decision. After all, she doesn’t see the point of claiming lands for the sake of it. The overall stability of the land is far more important. This gives Sansa that much more of a chance to reclaim the North.

Speaking of North, way out there Bran is living the glory days watching his aunt, uncle and father in their childhood playing in Winterfell. I wonder what the purpose to this all is. There is a sprig like creature there that keeps telling Meera Reed that it’s cool and that she has to support Bran although there is shit all to do.

The most interesting thing about all of this was Hodor is actually called Willis Wyllis (G.R.R.Martin and his weird ass name spellings). Hodor seems okay here and can actually talk. The lads want him to fight with them claiming how strong he would be but ‘Old Nan’ takes him away. He seemed to have an eye for Lyanna I thought and was a simple stable-boy.

However there is a theory that is going around the Game of Thrones forums and groups. Hodor might have also been a Warg who lost his mind. He used to do it with Horses and I’m talking about Warging here before you get the wrong idea.

This may explain his fear of lightning and why he only says the word Hodor. Okay, maybe it doesn’t explain the Hodor thing but I’m sure there is a very logical explanation for that. Perhaps it was the name of Lyanna’s horse. Perhaps that was the horse he always Warged into in order to receive Lyanna’s attention.

Perhaps it is the horse Lyanna ran away with Rhaegar on and the horse that died leaving Hodor in this vegetated state. I mean he’s practically a horse now carrying Bran around and not to mention Bran is able to use him to Warg putting more emphasis on the fact that Hodor is now a horse.

As I predicted last week, Ramsay doesn’t like being controlled. He’s the one that plays the mind-games and upon the announcement of the birth of his half-brother he killed his father. It looks like the allies his father had acquired have now aligned themselves with Ramsay considering how successful he has been as a commander. His success rate is definitely worthy of praise and I guess Bolton was too political in nature for the Northerners.

Considering the support he has from Karstarks and all those that were aligned with them, Ramsay has a very strong foothold in claiming the whole of the North despite Sansa having escaped his clutches. Although, I have to admit, he has messed up in one major political move. He should have kept his step-mother, the daughter of Walder Frey alive and used her as means to control the riverlands. He should have learnt from what happened to Robb, that old bastard is not to be fucked with.

Speaking of politics, I’m pretty sure the Lannisters aren’t going to be happy to hear their control on the North drops with the death of Roose Bolton. Ramsay obviously will not heed to anybody now. Considering they have many problems in the capital itself, with the Sparrow directly challenging Jaime to attack him, it is up to Cersei to take control using the new ‘Monster Mountain’ to spread fear.

I loved the scene where the drunken man was slandering Cersei and ended up getting taken out by the Mountain. It was literally a ‘chat shit get banged’ moment. I really do not like Tommen and I can’t wait to have Margaery back out of her cell. It’s boring without her in Kings Landing. If things follow suit as is in the books, I don’t think it’ll take long for that to happen. But now that we’ve got past the books at certain points; anything is possible.

The moment we have waited for and knew would happen but at the same time dreaded that it might not, has finally arrived. Jon Snow is alive somehow thanks to the magic mumbo-jumbo bullshit madness the Red Woman dished out. I mean nobody really believed in it.

Everybody was hoping though. Everybody walked out of the room with disappointment. However, this was no way to end an episode and I strongly believed something would happen and boy was I pleased that it did.

I kind of jumped straight in there and didn’t even mention the fact Ser Aliser Thorne was ready to storm the door considering they hadn’t surrendered only to find Edd bringing forth the wildling troop. I mean now things are very interesting. The wildlings are the reckoning force in the Nights Watch and it is all down to Jon Snow. The Nights Watch gave up in minutes when that giant walked in.

The question is, will Jon Snow keep battling against the Walkers or will he turn his attention to help his sister in need as he chose to do in the books? Only time will tell but I would love to see Jon Snow take on Ramsay in the battle of the bastard.

Overall this was the chapter we were waiting for and a lot was delivered in terms of content. I can’t wait to see how this develops further. Will the Starks take back Winterfell? No matter how much I want it to be so; I know the kind of bastard George R. R. Martin can be so I think it is best I don’t get my hopes up.

11 thoughts on “Will the Starks Reclaim Winterfell?”