BOOK OF THE STRANGER – A GAME OF THRONES REVIEW PART ONE

Will the North Remember? Bastard vs Bastard!

I was pretty sure we would still have to wait longer considering how much a tease Game of Thrones can be but the unexpected happened. Sansa showed up Castle Black and Jon happened to still be lingering. It could have so easily have been that he’d gone. It could have been another almost moment much like Arya at the Red Wedding and Bran upon discovering the mutiny beyond the wall. I had my hopes high at both those instances, although the latter was not a part of the books apparently, but things hadn’t worked out and there was that longing that you often experience watching this show.

I’ll be honest, I am so emotionally involved with this family that I had tears in my eyes when Sansa hugged her brother, despite the internal laughter in that one section of my head at the height disadvantage of Kit Harrington. He was clearly struggling to complete the requirement for the scene as that hug was straining his whole body. Sophie Turner is just too tall for him and that hug was very awkward to watch for that reason, despite it being so important.

It’s ironic that the two siblings who do meet happen to be the ones who had the worst relationship between them. Sansa was her mother’s daughter and has refused to acknowledge Jon as her brother and there was guilt present when she met her. It shows she has grown a lot since leaving Winterfell and I loved that she apologized and demanded that he accept it. She wouldn’t have him pretend there was nothing to forgive because clearly there was and she is mature enough to face her past mistakes.

Her development as a character is probably the best there has been in the show. From the girl who lived in her fantasy of marrying her prince charming and becoming the future queen to this daughter of the North who demands they fight for their home; I have to say, it has been a remarkable journey. Sophie Turner has done a fantastic job as Sansa Stark and deserves some credit.

The fact that she convinced Jon to take the fight to Ramsay alone is worthy of recognition but to be willing to do it alone should Jon refuse is totally badass. Sansa has suddenly become one of my favourite characters.

Jon Snow is reluctant to fight again. He has tasted failure a few too many times now:

That is a lot of failing for one guy in such a short period of time. He has had enough and doesn’t want to fight or have hope anymore. He just wanted to run away despite knowing winter is coming hence why he was reluctant to accept the proposal from the sister he was finally united with after so long.

Jon Snow has gone through a lot of development of his own. Whereas initially he was this angry yet level-headed young man who was always sulking about how his life was always full of shit, he is now more level-headed and only sulks about the unfairness of the world. Okay, not much but at least he is a better fighter now and knows the more important things in life, like running away from it all and going South for no reason at all when the battle is in the North.

However with the news that Rickon is under Ramsay Bolton’s custody and the vile threatening letter that bastard sent him, it is time to take command. I dislike the fact that he is unsure about it but at the same time, it shows he’s going to fight using his head rather than his emotions.

Ramsay might act like a prat but he’s very smart hence why he has reached this position. He plays games with people as he understands them. He seeks out knowledge at every opportunity so he can stay one step ahead.  Take for example how he dealt with Osha. He knew exactly what was going on at every step of it and now she’s dead and he’s got another kill to his name. 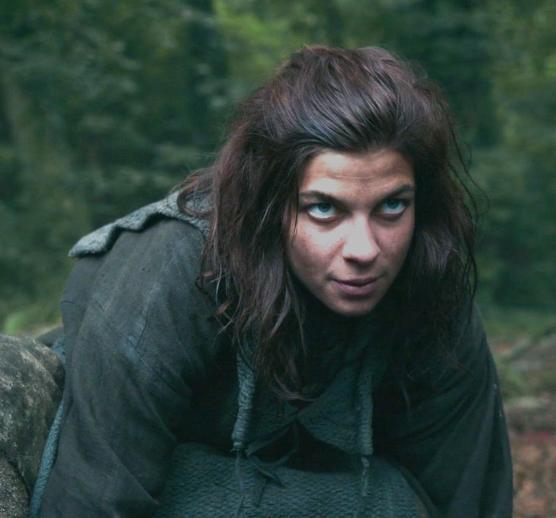 I’m talking about Little Finger here who had planned this all along and Ramsay actually played into his plan perfectly. He’s the one who is really pulling the strings which will make this Bastard vs Bastard battle all the more interesting.

With the Knights of the Vale in his pocket, considering Lord Robin is such a little bitch, Little Finger can actually rule the North. It’s interesting to compare the spoilt brat Robin is to the previous brat we had in Joffrey. Robin seems to be a curious type who would just happen to throw his most loyal knight to his death, just out of curiosity. 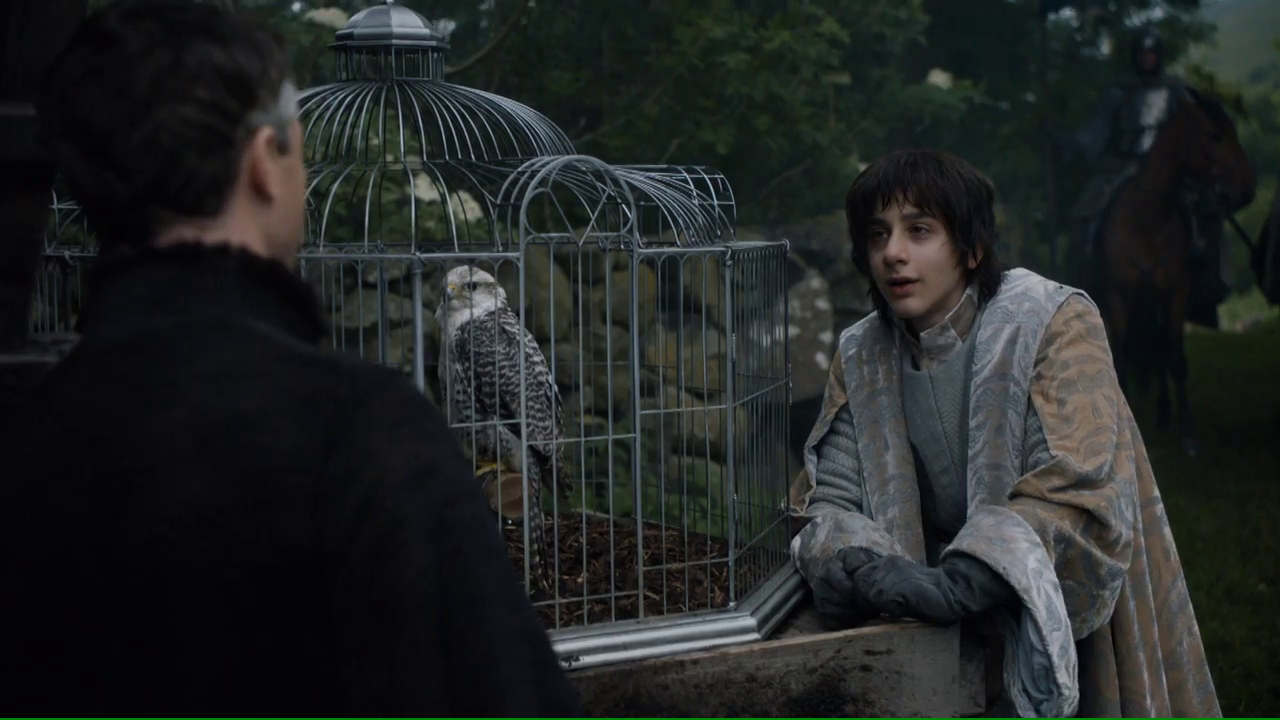 “Can falling out of the moon door kill such a strong knight? Let’s try it out.”

Jon will have to use a lot of his brain in order to defeat this psycho-maniac and lucky for him, he’s got ‘The Knight of Onions’ Ser Davos Seaworth and ‘The Red Woman’ at his side. The Red Woman believes he is now the Prince who was promised considering her first choice died at the hands of Brienne of Tarth.

It was interesting to see her confession though. There was so much hatred in her voice for the woman but she knew she’d avenged Renly so there was no point to take it further; she just wanted Mellisandre to know.

Notice how Tormundson looked at Brienne though? That’s love at first sight right there. I can pretty much guarantee she’s going to look at him with disgust when he asks to mate with him. I mean with the confidence he has, it is so obvious but I see a battle taking place soon where he gives up his life for her. These Wildlings do die a lot for others I’ve noticed. Maybe they’re not as bad as they’re made out to be.

So we’ve got the Knights of the Vale, Ser Davos Seaworth, The Red Woman, The Night’s Watch, Brienne of Tarth and an army of Wildlings up against The Bolton’s and the rest of the North. You see the North will side with Bolton regardless of the Starks being the true Wardens of the North simply because of the Wildling equation.

Ramsay was very smart with that letter he sent as it was direct provocation for Jon and Tormundson to attack him. The Wildlings showing up beyond the wall ready to fight will provoke the Houses of the North to defend their homes. Ramsay can call upon the Jon being a traitor and thus gain the support of the North just as he has with the Karstarks and the Umbers.

I’m just not sure how the Iron Isles and Walder Frey will affect all of this considering Theon is going to support his sister to become the new ruler of the Iron Isles and when Frey finds out what Ramsay has done, the Starks might have two huge allies in them.

I am waiting for one particular scene as we have seen from the preview:

That look on his face is one of pure guilt. He knows the shit he’s done and he’s going into his, ‘let me lie my way out of this one’. Sansa I hope can see through it. Brienne will give her the confidence I reckon.

There’s going to be a battle for the North. That much is for sure. What will conclude with the battle is up for debate but I see the Starks winning and Ramsay being put down for good. I mean he is the true villain in the North at the moment. I’m not sure if the North will remember or not but if they do, it will be the end of Ramsay for certain. After all, it was the Bolton’s who betrayed the North; the true traitors.

2 thoughts on “Will the North Remember? Bastard vs Bastard!”