HOLD THE DOOR – A GAME OF THRONES REVIEW

Is Brand Responsible for Creating Hodor?

There is a lot to talk about this episode although the focus was mostly on Bran Stark and about time as well considering we hardly got anything last season. Let’s focus on the key points that happened in Westeros before we go beyond the wall.

Just when I was developing a lot of sisterly love for Sansa, considering I see a bit of Jon Snow in me, I was disappointed in her not confiding in Jon about Petyr Baelish. Perhaps it was the thought of sharing what happened to her and what he made her go through that she didn’t mention it to Jon. If you’re not going to tell Jon things he will remain the same old Jon who knows nothing.

I did love the fact she made him an outfit like Ned Stark. That means she’s truly accepted him as her brother.

Although Brienne did make some good argument for her staying, I feel Sansa will send her away on the errand. I would prefer if Brienne stayed; gives you confidence despite her failing to protect both her previous Lord and Lady but to be fair, there was nothing she could do in both instances and if she were to leave now, it would be the same situation again.

The Red Woman might have her sacrificed before she gets back and have Jon under her spell. Now that’s not what I’m predicting will happen but you never know with Game of Thrones. Anything is possible.

Little Finger offered her the help of the Vale which Sansa rightly refused considering all the ‘help’ it did listening to him before. She challenged him very well I felt. It was a great confrontation and you could see the discomfort in the man who put all of this into motion. Considering this is all his game, I guess he is prepared to take some harsh words on the chin if it means his ploys remain to have an effect and they clearly have.

Little Finger: “I made a mistake Sansa!”

Yeah right? You’re just chatting shit mate so Sansa ends up the one who truly makes the mistake.

Sansa is going to try and get help from the Blackfish, her mother’s uncle who seems to have gathered the army of Riverun together… or so Little Finger claims. I sense a trap but who knows. It would be interesting to have the Tulley’s come into the fray as well. The whole upcoming battle seems a lot more interesting if they do.

With Jon and Sansa ready to gather the smaller houses to their side, it will be House Bolton, House Umber and House Karstark vs the rest of the North. Apparently that makes it equal although Ramsay probably has more tricks up his sleeve to keep the advantage.

Jorah: I love you Khaleesi but I’m only telling you this now because I’m going to die soon otherwise I swear I would have never left the friend-zone.

Dany: I believe you Jorah the Andal but you swore to remain in the friend-zone for life so go rectify your situation so you can return to my friend-zone. It gives me confidence to have people like you in my friend-zone.

That’s not what really happened but that’s what I got from it. It pretty much guarantees Jorah will find a cure for his stone curse and will return to help Dany take the throne at some point but he will never get the girl. He’s friend-zoned for life.

I don’t believe in nice guys finishing last but I will have to admit, I don’t see any other future for this poor guy. 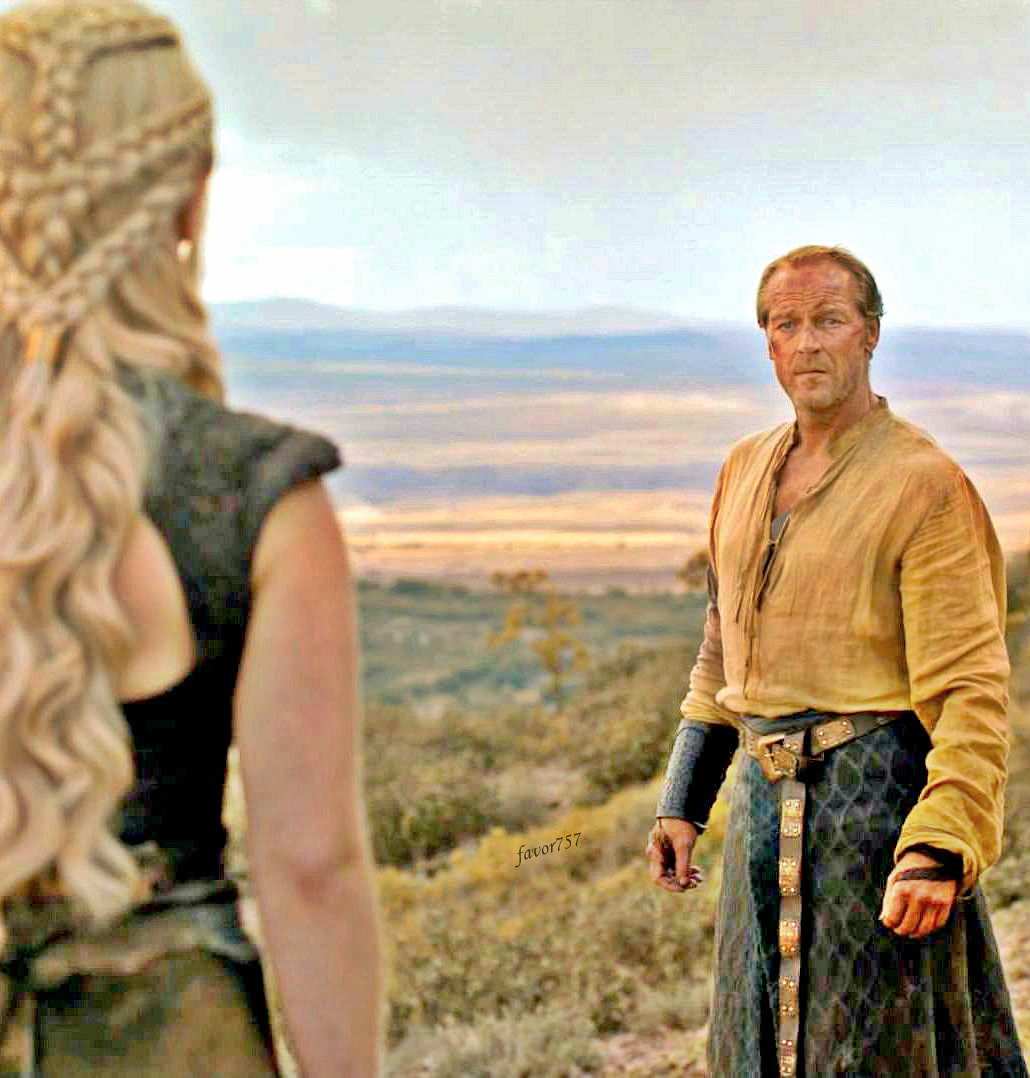 Sorry about the pun but it was necessary. Theon and Yara almost had the Iron Isles to their name after their douche-bag of a father’s death but unfortunately, without a pair of balls between them, their uncle walked in, accepted the fact he killed the previous king and won the Kingsmoot.

He even stole their idea of making the biggest fleet of ships in the world, except he would execute it much better; offer it to Khaleesi by making her his woman. A bit far-fetched considering what she does to those that put her in a position of choosing but this Euron fellah is something else. He’s cocky, confident and claims to be blessed by the storms but he’s still going to fail. Especially when they have literally the worst crown ever!

Well Theon and Yara took a head start by taking the best ships and sailing off but without any land to back them now, they’re on their own. Good luck you guys but I don’t see anything bright in your future. 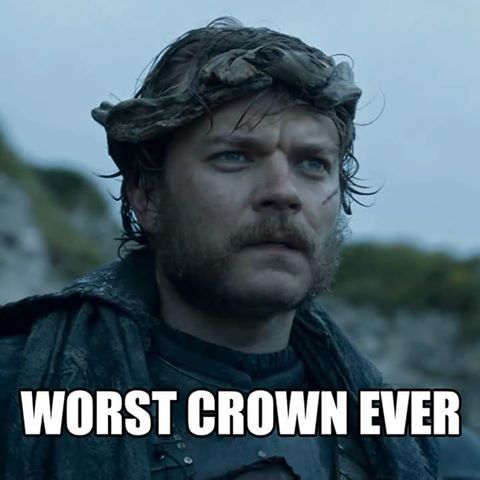 Sorry about the pun but it was just as necessary as the last one. The girl Arya trains with keeps kicking the living daylights out of the poor girl and despite Arya insisting she is no-one, it’s obvious she’s still ‘Lady Stark’. This will obviously annoy Arya as she never wanted to be a lady but more a knight. I think she would like Brienne if she spent more time with her.

Usually the faceless men have always been slaves or low-lifes it seems and we get the origin of the story. The first faceless man was obviously no-one and he was given the blessing by the many-faced God who taught him. He then taught others and they set up the black and white house in Bravos and it is their faces that make up the faces, if that makes sense.

Arya has to kill some actress because some other actress is jealous of her looks and ability, typical women traits and this is Arya’s last chance otherwise it is her face that goes on the wall. Either way, a face has to go up.

The play that was put on was disturbing to watch as it portrayed Ned as a clueless traitor and the Lannisters as the holy good guys. I guess that’s what media and propaganda can do; make the world and audience blind to the truth. I wonder what Arya will do with this situation.

This episode had a special moment where Varys got taken by the balls. Not literally of course considering he has none but that new “Red Woman” knew so much shit about how Varys lost his manhood, it was difficult for the eunuch to listen to it.

Following on the situation of how Tyrion offered the masters seven years, I don’t think it’s going to be seven years any more. Khaleesi is coming back and this ‘Priestess’ plans to help her reach her true potential. Only problem is, I don’t think Dany is going to be taking any more advice from women of magic powers. Not after what happened with Drogo.

ORIGIN OF THE WHITE WALKERS

This is all the fault of those pesky, fire-bomb-chucking, children of the forest. They’re the ones who created the original white walkers from men by sticking dragon-glass in their chests in some creepy ass ritual. Now they want Bran to help them get rid of what they started.

Apparently men were ruining everything, hunting them down so these Spriggs decided to create bodyguards, except they turned out to be zombies who have their own agenda; nice going idiots.

This was by far the focal point this week and I still find it hard writing about it considering all the emotions involved. Now if you know me, you will know I am a huge fan of time-travel paradox situations and I believe we’ve got one on our hands here.

You see Hodor for as long as we’ve known has only said the word Hodor and has been quite slow in the head. There were several theories regarding this but we finally have the answer. It is in the present time with a near 50 year old Hodor (I made that number up but I think it’s about right) when Bran changed the past as he returned to the point where Hodor was a teenager named Wylis. Due to the cries of Meera still getting through to him and his ability to influence the past somehow, Bran attempted to ‘Warg’ into Hodor.

This somehow caused the mind of the past Hodor to be linked with the present one which resulted in Hodor becoming Hodor. But if Bran caused Hodor to become Hodor by changing the past; what was Hodor before this happened? And if he wasn’t the dim-witted part-giant that Bran could warg into, then how could Bran know the first time he went into the past that he could warg into Hodor. He wouldn’t have required forcing Hodor to fight as he would have perfectly capable of doing so, considering he managed to do it as he become Hodor in the present time.

I know this is all so confusing and I’m probably not the best person when it comes to explaining this weird form of time-travel paradox but we can surely agree it’s all Bran’s fault that Hodor is the way he is.

The worst part of it all is that the Hodor who died in the end was not actually the Hodor we knew but the young Wylis who got caught up in a weird situation but decided to help out anyway. It was like he knew he was destined for this and he sacrificed his whole life for the moment. That’s what brings the tears to my eyes. I cry for the boy who became Hodor, dying in a body he doesn’t recognize protecting people he doesn’t know. 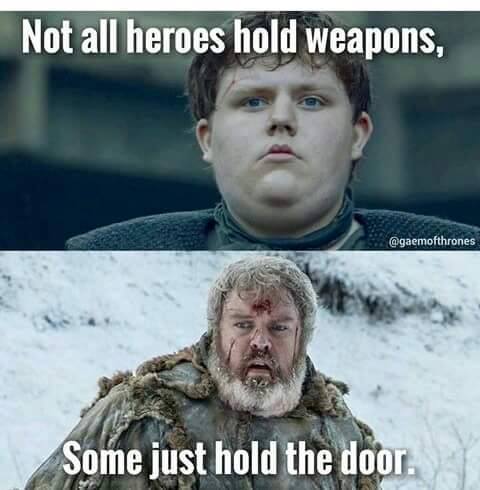 It’s still not certain that Hodor died although I’m not holding my breath for it; would hate to see him return as a White-Walker. What was equally heart was that Summer also died protecting Bran; another one bites the dust. That child of the forest who created the white-walkers also died along with the 3-Eyed-Raven but I’m pretty sure nobody really cares. It was a cool self-sacrifice and all but you reap what you sow right?

With no Direwolf or Hodor to warg into, Bran has becomes pretty useless. Now it’s up to Meera to protect Bran and make sure he fulfils his destiny; whatever the hell that is.

Overall, this was one of the best episodes of not only this season but the show itself. I was impressed with Game of Thrones this week and this so far could end up being the best season to date.

The battle of the bastards in the North is soon to begin. The battle between the High Garden Army and the High Sparrow’s Church should also begin soon. So we’ve got great things to look forward to. I am expecting Khaleesi’s dragon to reappear soon as she makes her way to Mereen and take back her city, slaying the slavers and the leaders of the nearby lands who were supporting the sons of the harpies.