The mystery regarding Big Mom was finally revealed to some extent this chapter. It clearly shows Oda is moving things along quite quickly without making it feel rushed. Things are definitely about to get interesting.

This is something that has been up for much speculation ever since we first got a glimpse of Big Mom. This crazy-ass fat lady who has cravings for food and births many, many children can slap the life right out of people in the form of sap. We’re not entirely sure what she can do with this lifespan that she takes but she clearly killed her own son.

Before you start thinking, “What a Savage!” there is a lot more to the death than what meets the eye. Big Mom has a problem and by problem I mean some sort of psychological/mental illness that sends her into a fit of rage every time she gets a craving for a specific food and only that particular sweet dish can satisfy her craving. Until she doesn’t receive it, she starts eating and destroying everything in her path.

With Big Mom’s crewmate Pekom’s going missing and a note telling them to go back, it is quite clear the Straw-Hats will continue moving on. They’ve got a plan outlined and Luffy really wants to help out but we all know how useless he is outside of fighting so they’re pretty much keeping him off the helm and out of the kitchen.

Fortunately, a sea-king shows up and apart from Chopper and Nami of the Usopp “scared to death” group, the rest are really looking forward to kicking some ass. Even Brook is excited to take part. Big Mom seems to be very fond of Jinbei as are the people of her kingdom considering how he saved the day, not to mention the fact he gifted her the poneglyph. Despite her not being able to read it, it’s clear she appreciates it, however she knows Jinbei wants to leave her crew and considering she has anger issues, I would be scared for Jinbei.

It’s clear Jinbei wishes to leave and she knows but she won’t let him. He’s too much of an asset to her I believe. Do you reckon he’s even fathered a child of hers? Considering all members of her crew are family. 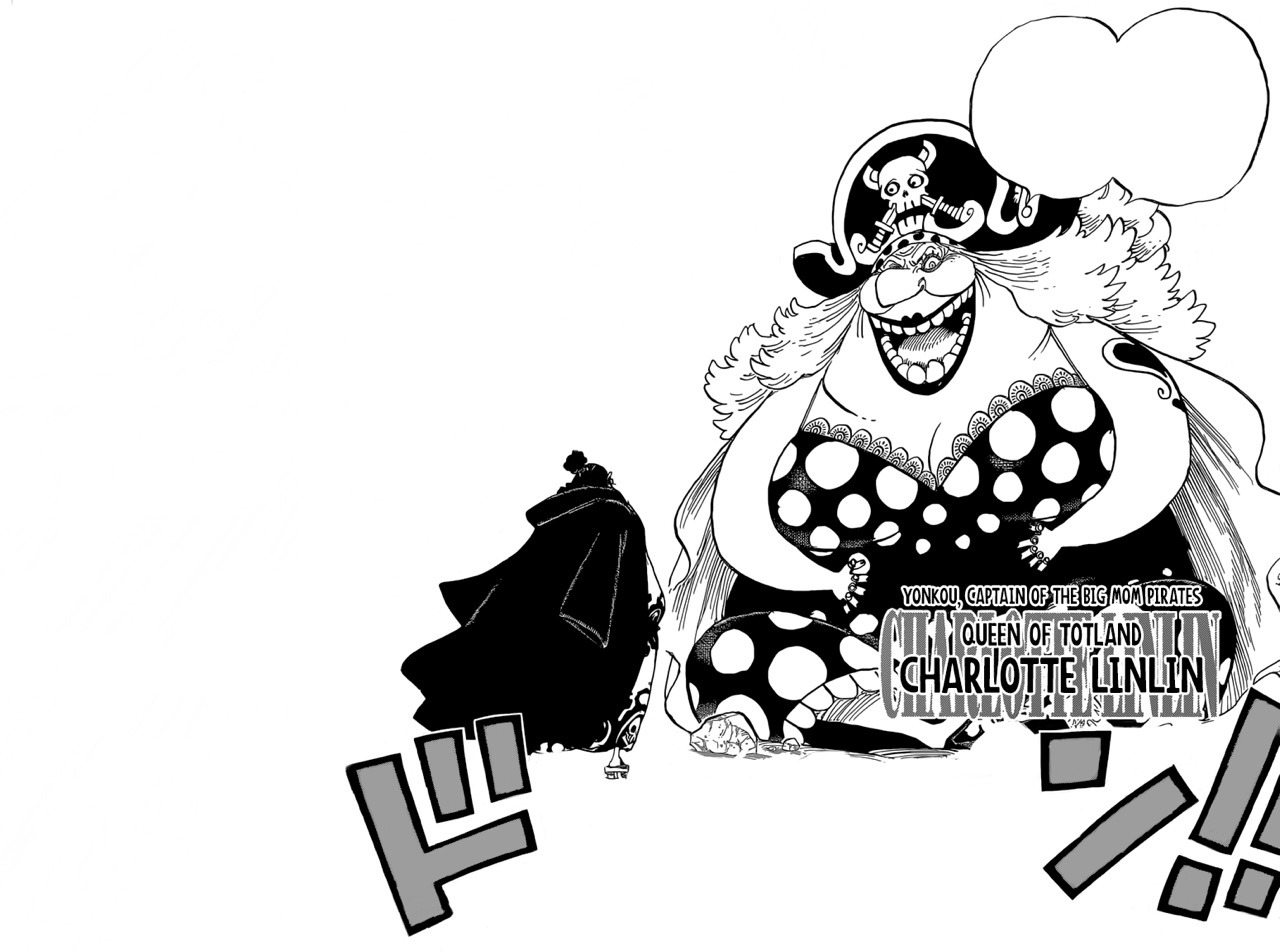 Again no Sanji this chapter so I am holding out on my rating. We got to see a lot of Big Mom and the Jinbei moment in the end was great but I was left wanting a little more. Not much happened this chapter in comparison to previous weeks.