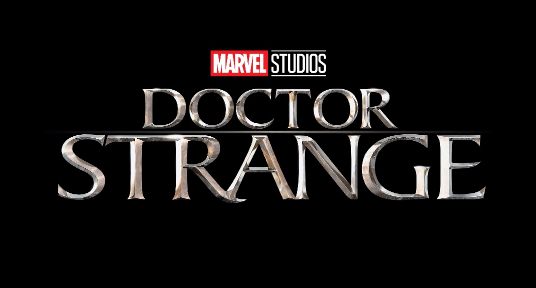 As with all our favourite superhero movies, we go in hoping for the best but expecting the worst considering how many movies and franchises have been butchered. For example, the original X-Men Series, every incarnation of the Fantastic Four, Green Lantern, Suicide Squad, Batman vs Superman, pretty much everything DC as of late…

They could have got it very wrong with this movie as the concept was quite difficult to portray in a movie but boy have they done a fantastic job just like I predicted in a previous post.

Doctor Strange is pretty much a younger version of Gregory House from House M.D meets Inception set in the Marvel Universe with a magic backdrop to it all. Okay, I guess there is a lot going on so I’ll start with Doctor Stephen Strange himself as a character.

*SPOILERS AHEAD – YOU HAVE BEEN WARNED*

This guy is a douche-bag. It’s got to be said. He is very talented at what he does but he’s in it for himself and not for the people. What I like about him though is that he is pretty honest about it and only takes on things that will push his career forward.

At the same time, he ridicules his colleagues who are nowhere near his level of expertise. It’s like watching Sherlock as a neurosurgeon. Well technically it is I guess. There is even a moment when he tells his colleague to cover his watch as it’s a distraction, much like Sherlock telling people not to think.

To be honest there was a lot of Tony Stark similarities in the early stages of the movie. The arrogance and confidence was spot on and I could imagine a younger Tony driving off track whilst speeding and talking on the phone. 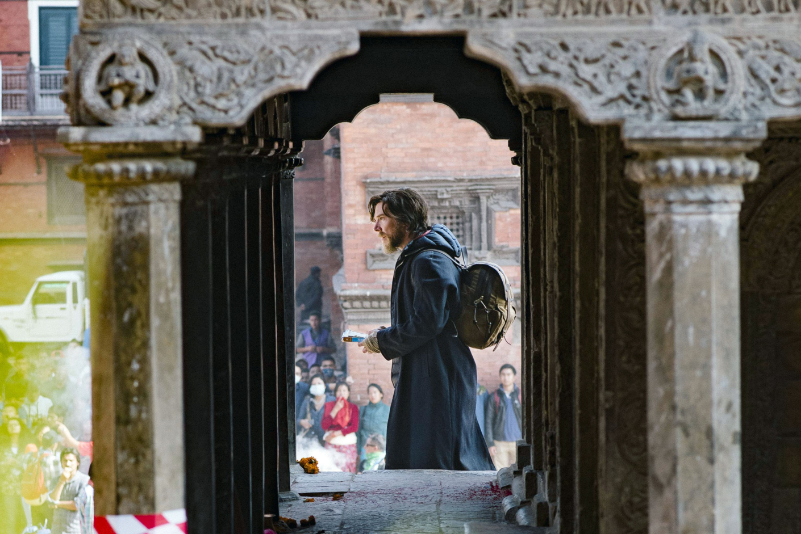 However there is a lot more to Stephen Strange the way his character develops following the car accident. This is where the character really came out and spoke to me. He wasn’t grateful that he’d survived such a horrendous accident with only injuries to his hands and didn’t even acknowledge the efforts of the doctors that saved him. He is ambitious and always wants more in life. For him, not having his hands meant living a sub-standard life.

Despite the ordeal he went through, it didn’t really change him. It wasn’t until he met ‘The Ancient One’ did he become a better version of himself.

The plot was pretty straight forward as is with most Marvel movies; the Earth is in peril and we need a hero to step-up and save it. However, this was an origin story of how Doctor Strange came to be so we needed the backstory first.

His training period was very briefly shown with the “learn to survive in the icy mountains or die” formula being used very affectively. I personally wanted to see more but it was rightly done as it would have either dragged the movie or cut short some of the amazing action and boy was it AMAZING! 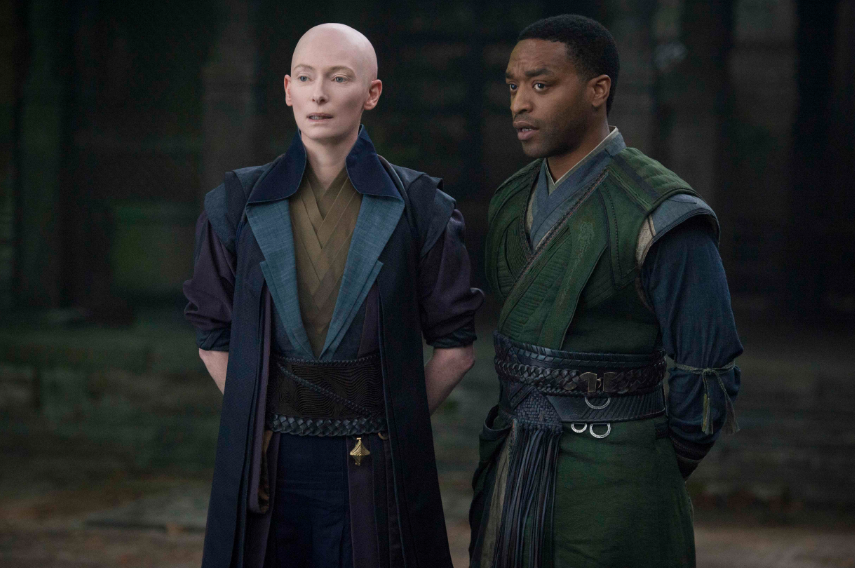 I enjoyed the chemistry between the three protagonists of the movie; Doctor Strange, The Ancient One and Master Mordo.

There was a lot of character development involved which I adore and to do such a thing in a couple of hours shows a lot of skill. The Doctor Strange at the start of the movie is very different to the one at the end, and I’m not just going on about the goatee. 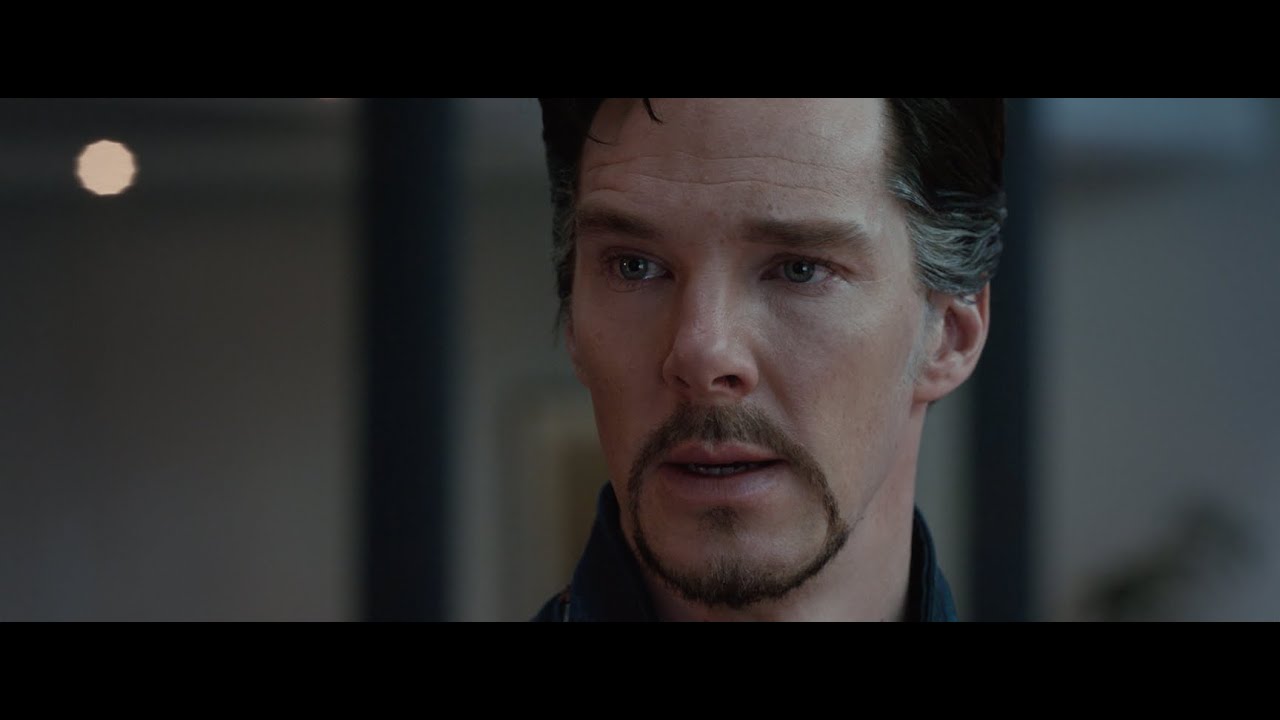 The main thing is the movie wasn’t boring in the slightest. There was the right amount of drama, action and comedy in the movie to appeal to a wide audience and keep things interesting. Something for both adults and kids to enjoy as has become custom for the movies in the Marvel Cinematic Universe.

This movie was inception on LSD. Like no kidding. If you’re a fan of amazing visuals you might just orgasm at the stunning display of buildings collapsing into buildings which collapse onto themselves creating a marvellous kaleidoscope which then folds into itself for further madness.

The tripping on tea scene was executed to perfection. I could feel that motions and emotions he was going through as he journeyed through the reality of the universe. Yes, it started off a little matrix-like but it was the effect that was needed here and it did wonders.

The parallel universe where Dormammu consumed worlds was also very interesting. The way that alternate reality was used to bring about all those deaths in the time-loop trap was like a 10-course meal for my imagination.

Check out my previous post on Top Five Quotes from the movie for more on the Dialogue. 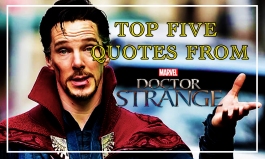 I can’t really fault the music in the movie as it was on point with everything that was going on. I’m not going to say it was the greatest thing in the world. It was no Hanz Zimmer but we can’t have another Inception now.

It’s a Marvel movie at the end of the day. The focus should be on Marvel stuff… Like the infinity stones. Having said that, Guardians of the Galaxy managed to do both hence why it’s my favourite!

Okay, I was freaking out at this point. I had expected to find another Infinity Stone in this movie but at the same time, I forgot all about it whilst watching the movie so when the Eye of Agamotto came into play, I freaked out. Time! He can bend time to his will. Isn’t that like one of the most amazing powers ever?

Yes! Yes it is. Dormammu had to learn the long way (see what I did there).  Like Kaecilius had it all planned out and he would have succeeded to if it weren’t for Doctor Strange learning how to use the Time Stone and putting a ‘stop to him’ (I’m getting good at this). 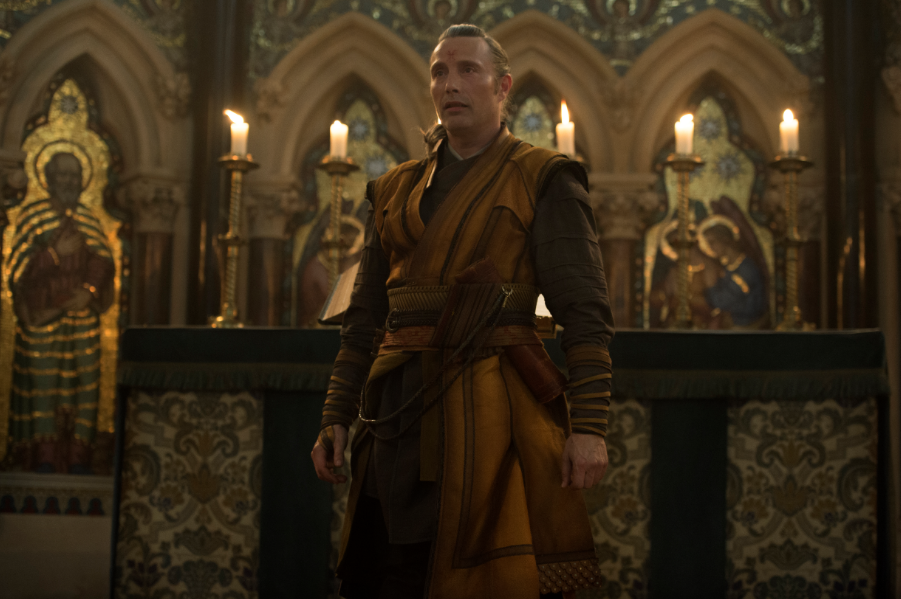 With the 5th Infinity Stone now in the mix of things, I guess we only got the Soul Stone to go which I believe will feature in Thor: Ragnarok.

For me, one of the greatest things in the movie that I doubt anybody expected was the awesomeness of the kick-ass cloak. The ‘Cloak of Levitation’ not only allows Doctor Strange to… well levitate, it has a personality and mind of its own acting like a sidekick more than just a gadget. It reminded me a lot of Disney’s Aladdin with the magic carpet being a member of the team rather than just something Aladdin uses to fly.

The magic cloak fought, protected and guided our hero to victory so it has to be mentioned. It even flicks itself up providing that Sherlock look for Doctor Strange. 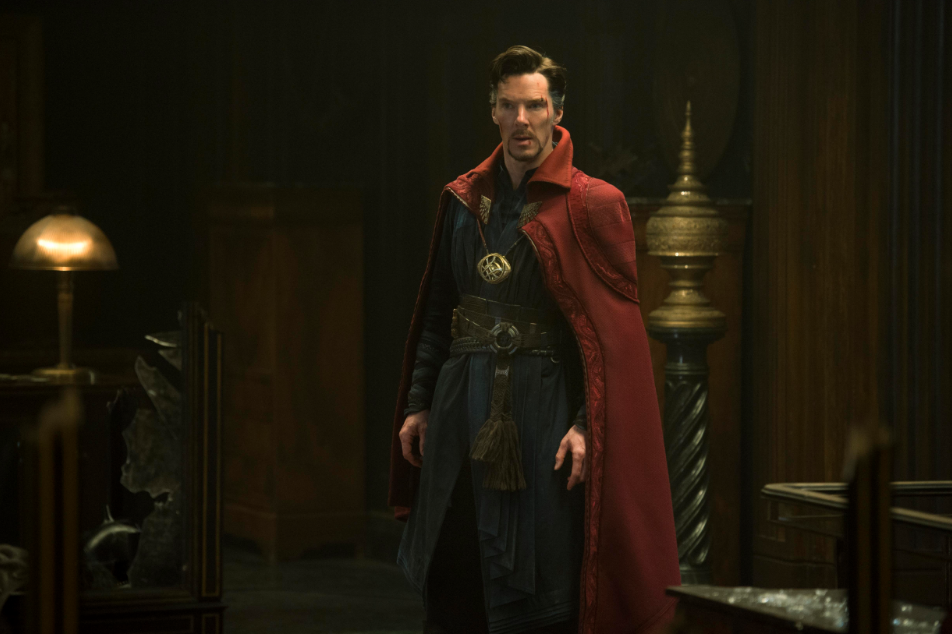 Overall I think this was a fantastic addition to the Marvel Cinematic Universe and combined with what we saw in the post-credit scenes, (Yes! I said SCENES!) Doctor Strange has an important role to play in the movies to come.