I was originally planning to add this to the end of my review but I realised I had more to talk about than a measly paragraph. This required in depth consideration and discussion. A mere paragraph wouldn’t do. This was too big for that. Way too big… Let’s get started then.

*SPOILERS AHEAD! YOU HAVE BEEN WARNED!*

In the first of the post-credits scene (well technically mid-credits) we see Thor Odinson having a chat with Doctor Stephen Strange speaking about superhero business like keeping Thor’s adopted brother and infamous maker-of-mischief Loki under control. As it is revealed, we know Thor has learnt about his father’s disappearance. I am not sure to what extent Loki is involved in this but Thor is seeking Doctor Strange’s aid in finding Odin.

Strange is now the ‘Sorcerer Supreme’ it seems and he has the duty to protect Earth from out of world threats like Loki hence why Doctor Strange knows about the brothers and their father. It’s his duty to know and keep an eye on Loki specifically.

What I loved about the scene was the way the two Avengers interacted with each other. They’re both super powerful. One can turn back time and the other can call forth lightning, I am sure Doc Martin would be buzzing to see this combination.

Also, how awesome was the never-ending mug of beer. Even Thor was super impressed.

This pretty much guarantees Doctor Strange will feature in the third installment of the Thor trilogy by making an appearance in Thor: Ragnarok. To what extent he will be involved is uncertain but his presence will definitely be in the new movie which is scheduled to release at the end of 2017. Pretty much a year from the release of Doctor Strange. 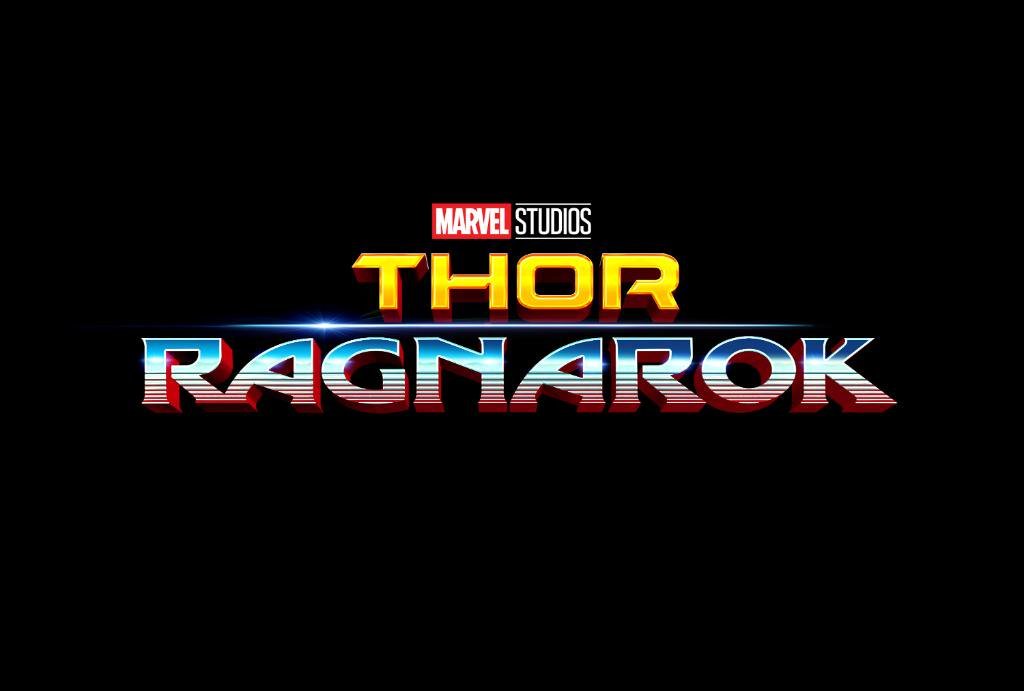 Let’s take a look at this retro looking logo. I really like it. Kinda gives it that ‘Flash Gordon’ feel and I reckon it’s going to have similar vibes to the classic show.

We already know Bruce Banner aka The Hulk will be involved in the plot quite heavily considering he didn’t show up in Civil War. It is rumoured the ‘Planet Hulk’ plotline will feature in this movie considering we’re not going to get a ‘Planet Hulk’ movie due to the rights of a standalone Hulk movie still belonging to universal studios or something. (Sad Face)

They have mentioned it’s going to be more of a ‘Road Movie’ featuring Thor and Hulk side-by-side so we will get a lot of bonding between the two I believe. Might have the Guardians of the Galaxy and Thanos making an appearance as well to set things up for Phase III with the Soul Gem.

Apparently some dude called Miek (unfortunately I don’t read the comics) is going to be part of it and he’s like Hulk’s gladiator partner on some planet where they fight for some ‘Red King’ guy. So yeah, we might be having the Hulk competing in some kind of gladiator pit. This movie sounds awesome already right? It gets better.

Kevin Feige (president of Marvel Studios) and Benedict Cumberbatch have hinted at the Illuminati (not the real illuminati but a group from Marvel) making a presence in the Marvel Cinematic Universe at some point so it might start with Thor: Ragnarok.

Now from the vision Thor had from Avengers: Age of Ultron, we know things are going to pretty crazy. Like crazy messed up shit is going to happen and it involves Hela played by Cate Blanchett and Grandmaster who will be played by everyone’s favourite, Jeff Goldblum. Now this dude enjoyed manipulating people and is fascinated by gaming and chance. Kinda reminds me of ‘The Joker’ by that comparison.

Karl Urban will also feature ain the movie although I don’t know much about his character yet.

Thor’s going to have a new love interest as Natalie Portman’s had enough of dealing with intergalactic superhero bullshit. I guess she’s going through a phase but I can’t believe she’s willing to let Thor go. Well the new girl will be known as Valkyrie and is being played Tessa Thompson. She’s also contracted to feature in future Marvel films so that’s a bye-bye for Dr. Jane Foster.

The second scene was a lot darker and featured Baron Mordo, Doctor Strange’s friend and mentor who seems to have switched to the dark-side. It’s funny considering he’s the only one who tries to follow the rules and is appalled by those that break them.

But he truly believed in ‘The Ancient One’ and to learn even she used dark magic to become immortal kinda broke him. Now he’s on a mission to take back the mysticism from everyone who uses it for their own benefit rather than the good of the world. The second post-credit scene was Mordo finding that dude who made a miracle recovery that prompted Stephen Strange to make the journey to the world of mysticism in the first place.

That guy knew it was trouble right from the start, he picked up a crowbar but the Baron Mordo was too powerful and he took the little magic the guy had and sucked it right out of him. Just like that. The poor guy was left paralysed and shaking on the ground. Mordo seems to have lost humanity and is going off the rails.

Good thing we’re getting second Doctor Strange movie. Yes it was mentioned that Doctor Strange will return at the end of the movie which pretty much makes it certain that we will be getting a Doctor Strange 2. Baron Mordo will need to be stopped so makes sense I guess.

So there we have it. Some thoughts behind the Post-Credits from Doctor Strange and what we can expect from Thor Ragnarok. Hope you enjoyed the post. Let us know what you’re thinking and share anything we may have missed below. Roll on 2017! (Because that’s when Thor: Ragnarok will be hitting the screens.)