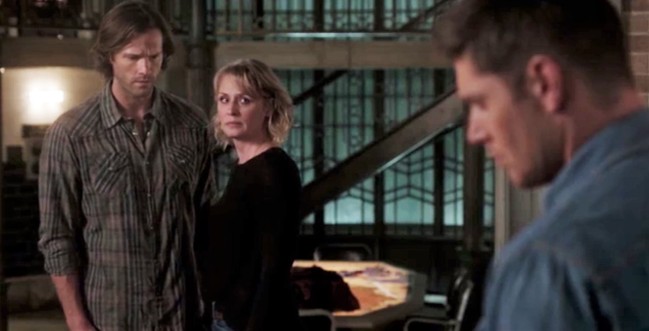 Last weeks episode just broke my heart.. In general I think it was a pretty tame episode in the sense  that it was the usual hunt and not unknown to them, ghosts. The ending just killed me .. But we’ll get to that.

Castiel and Crowley teaming up was always going to be hilarious being polar opposites and all .. literally! Heaven and Hell. I’m kinda glad everyone is joining forces for a little while longer but it is in both parties interests to be fair. Castiel feels responsible for letting Lucifer loose and Crowley wants back his throne. I was very surprised that Rowena crossed Lucifer again he will definitely not be trusting her nor letting her live the next time they cross paths. But i’m glad to see Rowena taking some responsibility for what happened and that she will be there to put Lucifer back in the cage when it boils down to the final showdown. 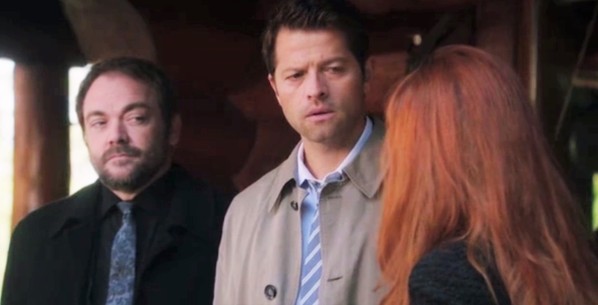 The Brits have kept their heads down this episode. Never a good thing! It makes you wonder what horrors they have in store for the boys.

Mary is having extreme trouble adjusting to her new life. Using the older methods that she is used to when she would be on the hunt in her own time. And the haircut! Damn if only I could cut my hair that well at my bathroom sink, she looks kick ass! 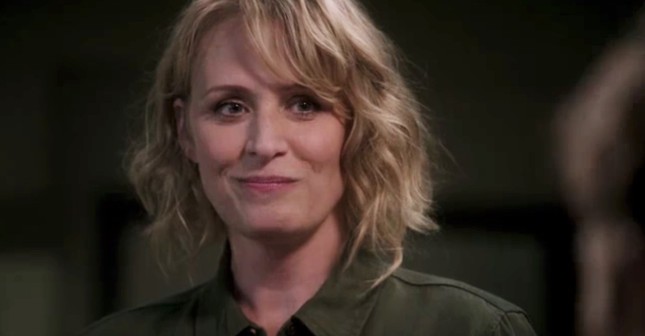 When they arrived home Mary talks to her boys and frankly breaks Deans heart. Expressing how it’s just too much to take in, all the time that she has lost from when she last saw them and when John was still alive to now. I can imagine that it is a HUGE adjustment from a time when they were innocent and safe from the hunter life to come to see that she in a sense has failed them and they found the path that she wanted to save them from at all costs and are all grown up  having missed their entire lives. Sam is a little more understanding and can make peace with her leaving at this time. Dean is just hurt and in disbelief and shock. Which we can understand as he knew his mother as a child and to get her back just to see her walk away from him is.. terrible.

I believe that she will come back to them once she has come to terms with her life now but not without hurting Dean in the process and I wonder how he’ll forgive her. 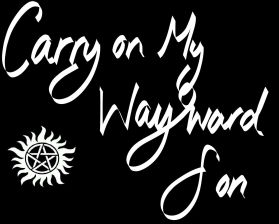