“The Return of Doctor Mysterio”

The one episode we have all been patiently waiting for. With all the hype that came along with it and the eternal pessimist that I am, I was not expecting a huge amount from this episode. I felt like the superhero angle was kinda forced from all the trailers and couldn’t see how it would work with DW. Though I think I expect little so that it may surpass my expectations every single time, which is why I will say that I liked this Christmas Special more than I did last years!

This episode comes after the night spent on Darillium, a night being 24 years long that is and having said his farewells to River. I think many may disagree with me here but I don’t know if they needed to dwell on that again, last years special was dedicated to that purpose and I think it was a fitting farewell to that story line. But I guess last year we only saw the beginning of the 24 years and now having come full circle we see the end and the aftermath and the Doctor who will never see River again. We get to see a glimpse of Capaldis’ portrayal of the Doctors sadness. 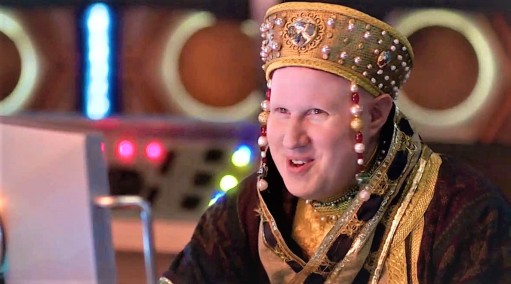 I did not see how Nardole was going to fit into this episode but I actually loved his character and attitude! It was very.. grounding and I think that is just what the Doctor needed, someone to keep him level headed and grounded. Though that didn’t necessarily work when they were on the ship/bomb/thing .. we all remember how that ish went down even if it ended well, the Doctor will be the Doctor!

This episode really gave me Lois and Clark: The New Adventures of Superman vibes! Not so new anymore I know but I practically grew up watching that series and the nostalgia was too real.. I’m going to have to revisit it. What still drives me crazy is that she couldn’t figure out it was him! And regardless of what he says about watching the baby, that is madly irresponsible.. everyone knows you shouldn’t leave a baby alone like that, I don’t care how Supermannish you may or may not be.

Overall it was an enjoyable episode I did finish it feeling a little warm and fuzzy inside, so job well done! (even though I miss Matt Smith like there is no tomorrow.. but that will always be the case, I mean I miss him even when watching the classics so..) The preview of the new season was a nice little treat. Why on Earth could the Doctor not have been one of my professors! I could have been one of the companions and I might have been a little more attentive in my Quantum Mechanics lectures (no offence Ian you were awesome dude..!). I honestly cannot wait for the new series and Spring can’t come soon enough.