We started off right in the thick of things so let us recap:

His chances of escaping or defeating 10 heroes seems very unlikely. Death Gatling seems to have figured all of this out but his reasons for doing so seem a little shallow. He didn’t bring any S-Class heroes on the mission just so the lower class heroes can prove a point and gain reputation. This riles up Garou and we get to see a bit of his backstory. I personally love back-stories for villains. It shapes them out and defines them and honestly, in this instance, I do not want to see Garou defeated. I believe I’m not the only one.

Garou seems to have had a deep empathy with all living beings at a young age and I believe shit happened that made him lose his humanity and side more with the concept of being a monster. He saw monsters as the underdogs with multiple hero’s taking on a single monster who is fighting for what Garou believes to be a worthy cause. The example they provided was a sea monster trying to protect the sea. As somebody who is very pro-environment, I can see where he is coming from and I think the mangaka was trying to portray this very sentiment amongst the viewers.

The way Garou’s mind snapped into focus and worked out a strategy to defeat them all was mesmerising. He took the heroes by surprise as he focused on taking them out one at a time. That little book couldn’t have contained details of weaknesses. To have been able to figure them all out so easily whilst taking on a whole team shows Garou is nothing short of a genius. 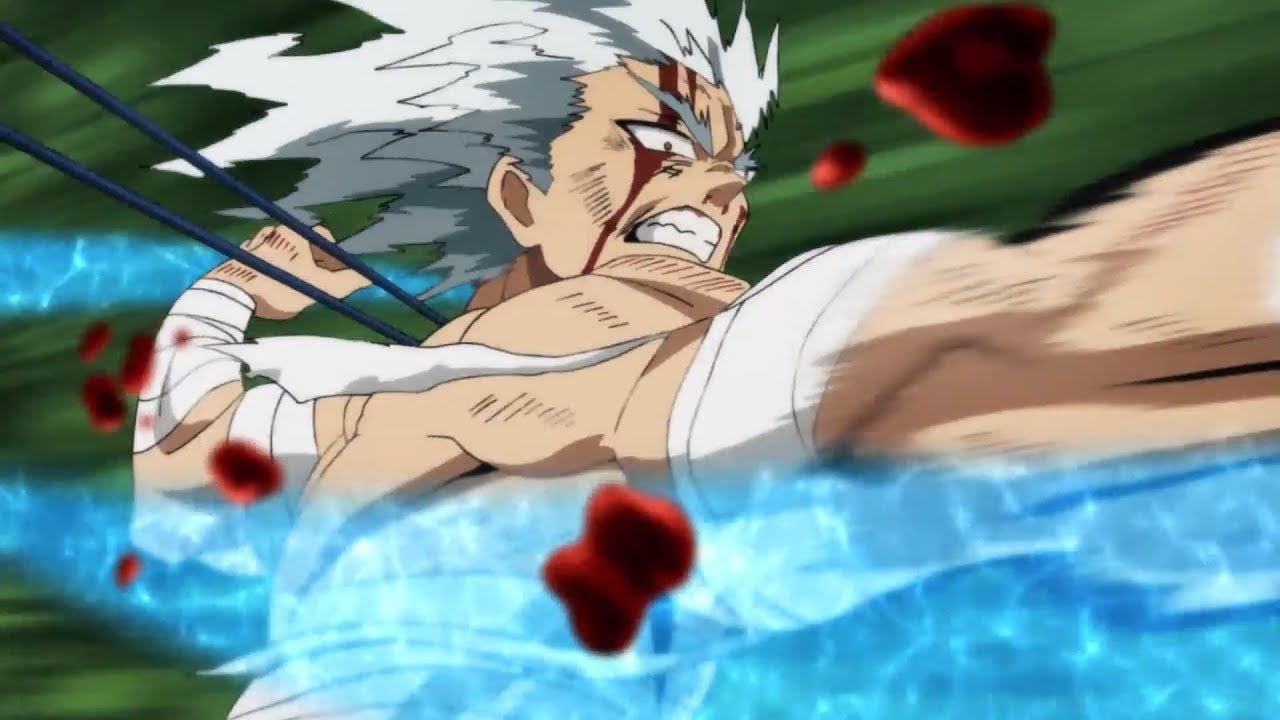 The fight itself was amazingly choreographed and it was inspiring to see Garou take on so many foe’s alone without a weapon. And when he eventually did manage to swipe one, they heroes were alarmed which surprised Garou. You see, Garou isn’t simply strong or has an exceptional technique, he has an awareness of his surroundings on a level that is beyond any other character I have seen in the anime. His martial art skill is brilliant and he uses it wherever necessary but it his battle sense and his understanding of what is required under any given circumstance that makes him so dangerous.

I could go on and on about every detail of this fight, analysing his every movement but that would take too long and I’ll just give my fanboy nature a rest here and continue with what we got to see this episode.

Death Gatling although a hero was pissing me off. Fair enough he was saving his best shot till last so nobody else get caught in the crossfire but to ignore Garou’s statement that a child was in the shed. Even the possibility should make a hero think otherwise but it wasn’t the case here. I genuinely wanted to see him lose. I think it took everyone by surprise when Genos showed up. I wasn’t expecting him to show up, I swear and although a part of me was excited, a part of me was also disappointed because it wasn’t Saitama.

Speaking of lame, I didn’t like the whole hair color changing with Garou though. I felt it was very cliche but I guess the manga was written a while ago. 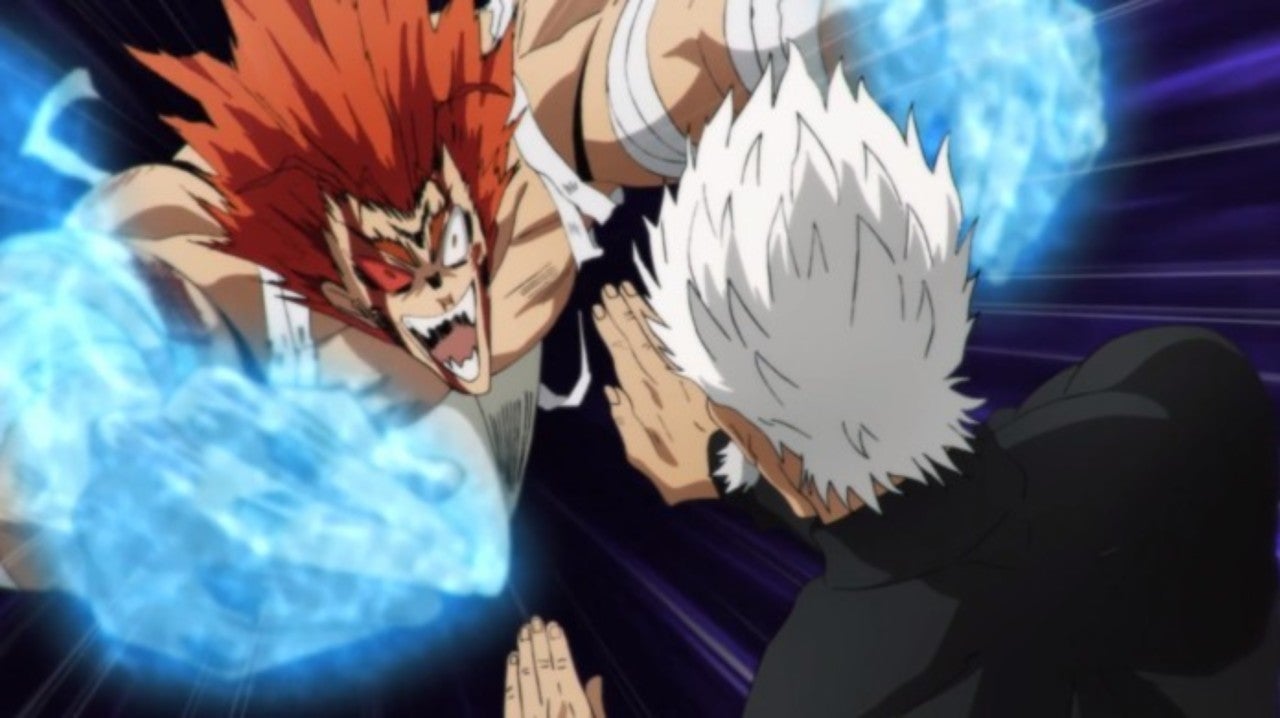 So it was kinda perfect for both the Monster Association and Silver Fang to arrive. Now Genos can walk away and let master and student deal with their personal issues. I can see Garou switching sides eventually just to get rid of the Monster Association from intervening in his mission but it might have something to do with meeting Saitama and realising what it truly means to be strong. Speaking of Saitama, this whole time he is getting his ass handed to him by King in video games but he has started to wonder where Genos is so we might get to see him show up.

All in all, this was another brilliant episode that I thoroughly enjoyed.